Rain and windstorms lashed several parts of the Island this week. Here in Victoria, 97 millimeters of rain’s already fallen this month. A record setting pace. However today the issue was once again the wind. Wreaking havoc on travel to and from the Island as Greater Victoria and the Lower Mainland saw gusts between 70-90 kilometers an hour.

The Strong winds forced BC Ferries to cancel multiple sailings along the three major routes today for the second straight day. All three routes resumed sailing after 3 p.m., but with heavy winds expected to continue tomorrow, travelers are encouraged to prepare for more cancellations.

“We are expecting further wind on Sunday, so customers are advised to check before going to the terminal, check our website for the current conditions, as well as for any information or any further cancellations,” said BC Ferries Communications Manager Chelsea Carlson.

However wind might not be the only concern heading into Sunday. There’s a strong possibility of snow touching down in Greater Victoria. And with Artic air moving in, people should brace for a big chill.

“Monday night is looking like it’ll be closer to -5, maybe even -6 and that cold air could be here for quite some times, likely right through to the end of the week,” said Matt MacDonald of environment Canada.

The Greater Victoria School District says in the event of snowfall, a decision will be made by 6:30 a.m. Monday morning as to whether schools will remain open. 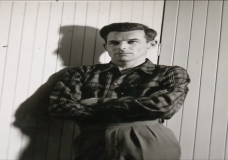