Strata insurance ‘kickbacks’ could be contributing to sky-rocketing rates

Condo towers are getting higher and higher and so are strata insurance rates.

“Throughout B.C., too many people have seen the cost of strata insurance sky-rocket,” says Finance Minister Carole James.

The province says premiums have shot up a staggering 40 per cent in British Columbia in the last few months.

And while there are many reasons for the sharp rise, one of the issues is insurance referral fees — or kickbacks — for property managers.

“When you have undisclosed fees in exchange for business, this is where agents really aren’t acting in the best interest of the clients anymore, they’re acting in their own interest,” says Tony Gioventu of the Condominium Homeowners Association (CHOA).

New legislation table Tuesday to try and fix the problem includes a ban on referral fees for strata property managers or other third parties — which B.C.’s finance minister says can be up to 20 per cent of the cost of the insurance.

“That’s a very large amount that’s going into commission fees so by disclosing that, we again that will help create some competition,” James says.

Strata property managers in Victoria say 99 per cent of the companies here use an agency agreement that requires them to disclose any fees they receive.

But stakeholders say that’s not happening — and believe information is being withheld.

“They have to disclose the amount and they’re not disclosing the amount,” Gioventu claims. “We’ve seen disclosures that attempt to try and indicate they’re being disclosed but they’re not.”

CHOA says there are lots of good property management companies that are not collecting incentive fees.

But they say they’ve identified at least seven companies in B.C. that are actively doing it.

“There’s so much secrecy around this right now that no one is protected,” says Gioventu.

The province is hopeful the referral fee ban will result in lower premiums. 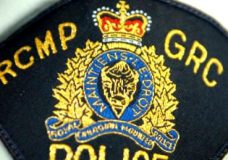