But a number of strata councils have found a loophole to bypass them, according to realtor Tony Zarsadias.

“What they are doing is looking to move things up to 55-plus. That doesn’t eliminate rentals, but it would eliminate the pool of rentals,” said Zarsadias.

The provincial government estimates there are approximately 3,000 homes sitting empty and 300,000 homes in B.C. with some kind of rental restrictions.

The changes are intended to increase the number of homes available during a seemingly never-ending housing crisis.

“It was a shock, it was a surprise. So far everyone has absorbed it pretty well,” Wall said.

Wall’s own townhouse complex includes 15 units, all owner-occupied, so rentals are not in their immediate future.

But she says she knows of other owners who are looking to make it tougher to rent out units for younger people and families, so they’re voting to go 55 plus.

“There has been a knee-jerk reaction, and some stratas have started talking about do we want to put in a 55 plus, or 60 plus age restriction bylaw? Of course that can’t prevent rentals, but it would mean the tenants would have to comply with the age restriction,” Wall said.

But Zarsadias says introducing age restrictions could cost owners a lot of money down the road.

The new rules came into effect for lifting rental restrictions on Nov. 24. 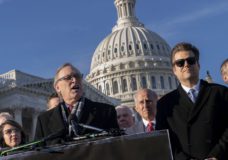 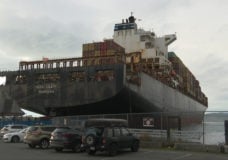