A massive freighter stuck in Victoria’s Ogden Point for emergency repairs is boosting the local marine industrial economy and offering a temporary lifeline for local trades.

The 300-metre-long freighter MV GSL Eleni is undergoing emergency repairs after its rudder shifted off-centre which officials say will take one week.

“Originally when the ship came in we thought it would be here for four days, now it could be seven and could be even longer,” said Ian Robertson, CEO of the Greater Victoria Harbour Authority. “We’ll just have to wait and see. It’s a big job.”

It had come from Liberia, en route to North Carolina when the rudder shifted just off the coast. It took six tugs to bring her into Victoria’s deepwater port on Jan. 1.

“When it came in it was stuck to the port side, facing left, so it quite frankly lost all its maneuverability,” said Robertson.

Repairs to the MV GSL Eleni have started and are estimated to take seven days to complete. Security fencing is in place to keep the public safe during repair work. GVHA will continue to update as we know more. #yyj #ogdenpointbreakwater #ogdenpoint #victoriacruiseterminal pic.twitter.com/qKnmY4UqwG

Crews have been working on re-welding the rudder back in place, offering a boost to the local marine industrial economy.

“Local trades are all working on the ship. And so it’s bringing a boost to some businesses,” said Robertson.

The ship, although rudderless right now, is giving clear direction to local marine workers while offering a resounding sense of awe to those who take a moment to stand beneath it. 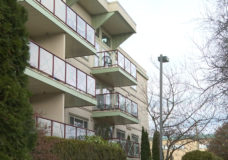 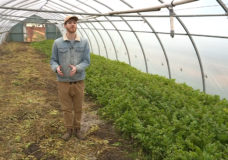