Posted: Jun. 29, 2021 4:36PM | Last Updated: Jun. 29, 2021 7:05PM
Nicholas Pescod/CHEK News
After agreeing to unionize nearly a year ago, Starbucks employees at one store in Victoria will see increased wages and other benefits after unanimously ratifying a three-year collective agreement.

Starbucks employees at one store in Victoria will see increased wages and other benefits after unanimously ratifying a three-year collective agreement.

Employees at the Douglas Street location agreed to join the United Steelworkers (USW) union last August, citing poor working conditions and a lack of protections amid the COVID-19 pandemic.

“I think COVID really kicked it into gear. We were realizing we needed better protection for health and safety and honestly, mental health,” said Sarah Broad, a barista and bargaining committee member.

After months of negotiations that started back in October, employees ratified a three-year deal that will see them receive a wage increase, improved health and safety language, 10 days for workers facing domestic violence and more clear enforcement of policies.

“Just because you’re in the service industry doesn’t mean you don’t have rights, and I think that’s what the collective agreement really establishes,” said Stephen Hunt, the Western Canada director with United Steelworkers.

The agreement kicked in on Monday.

For the employees, just getting the contract was a grind.

“It was really intimidating. They’re such a huge corporation but it was exciting to see that we can make a change,” said Hunt.

“Essential workers doesn’t mean sacrificial workers. Workers do have rights and the workers at the Starbucks in Victoria, on Douglas Street established those,” added Hunt.

Starbucks said in a statement to CHEK News that for nearly 50 years they have been putting “employee care at the centre of everything” they do.

“We have continued to invest in and share our success with our partners. We really believe that the best way to create an exceptional experience for partners is through an open and direct working relationship,” the company said in an e-mailed statement.

The Workers Solidarity Network, a group that advocates for B.C. employees, says they are thrilled that the Starbucks employees were able to finalize a deal and hopes it inspires other cafes to follow suit.

“It is crucial that workers be heard and are involved equally in decision making about their work environment,” WSN said in a written statement to CHEK News. 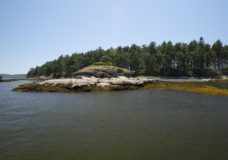 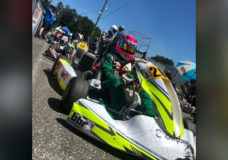 CHEK Upside: Comox Valley kart racer has her eyes set on Formula One