At the Vancouver Island Regional Correctional Centre (VIRCC), a 340-year-old cedar log is being carved into a totem pole by inmates as a form of healing.

“They have protocols they have to follow inside, but when they’re out here, they’re on a first name basis to make them feel equal again,” said Tom LaFortune, the artist hosting the program.

The project offers between 60-80 incarcerated participants on good behaviour from across the Island, a sense of freedom not otherwise offered between the cement walls and metal beds within the prisons where they live.

“We’re here because we did something wrong or had something traumatizing happen to us,” Roger Der, a VIRCC inmate. “We took a wrong path somewhere along our life. This is a step in taking the right path.”

LaFortune says he has enjoyed hosting this project.

“Working with these guys has really been amazing,” said LaFortune. “We’re all human. Some of us have made mistakes. Let’s not just give them a number, let’s put ‘corrections’ back in the Ministry of Corrections by doing this by sharing stuff and teaching.”

Stroke by stroke, what’s being carved, for both inmates and staff, is healing.

“It’s about healing, it’s about sharing of respect, it’s about moving forward, it’s about creating something that’s going to stand as a symbol of what can be achieved when people respect and work together,” said Mike Farnworth, minister of public safety and solicitor general.

The location of the jail and the site of totem pole carving is historically meaningful as well. It was historically the gathering place of the Lekwungen-speaking peoples.

Prior to 2022, VIRCC was without any sort of land acknowledgment or tie to the people and past the building upon. When Max Henry was hired as the Indigenous Cultural Liaison at VIRCC, he set out to change that.

“I couldn’t think of a better way to do that than to have a house pole at the centre to connect not only the residents to culture, but to staff,” said Henry.

With four months of carving under their fingers, figures representing strength, healing, community, and family are beginning to take shape.

“It’s a stamp that’s going to be there forever and I can drive past it, and show people about it – that I carved an owl and it’s watching over,” said Brandon Castle, an inmate at VIRCC.

For many inmates, this totem pole will stand as a symbol of pride, but it’s much more than just an art piece. It’s also a way to carve their own future.

“Tom [LaFortune] has offered for me, when I get out of here, to come carve with him at his shop. That’s an opportunity I wouldn’t have had without a program like this,” said Derr.

LaFortune has already taken at least one other previous inmate under his wing who is carving full-time in his shop. VIRCC supervisors,  the warden, and LaFortune all hope the program will continue.

“These guys push themselves and then guide each other, you just can’t beat that,” said LaFortune. 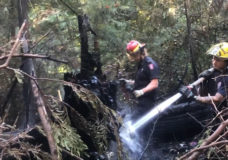 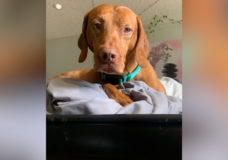