Somm 3 premiere and fundraiser in honour of Gary Hynes, founder of EAT Magazine

WATCH: This past summer, Victoria lost a vital member of its culinary community.  Now, friends are coming together with a fundraiser in his memory.

For nearly two decades, EAT magazine has been Victoria’s source for all things food and wine.

“He really was enthusiastic and impassioned by the work, and the exciting things that are happening on Vancouver Island and on the mainland.”

Now an international wine journalist, it was in 2001 that Ring approached EAT magazine for a job.

“I knew nothing,” says Ring.  “But he took me on. Gave me my first writing assignment ever.”

“Gary always had a lot of time to give to young, up-and-coming people like myself, and I saw him do it numerous times throughout my history with EAT.”

Easdon wrote for EAT for about six years, and also learned a lot from Hynes.

“His approach was really being positive, and being supportive, and knowing that sometimes when people start things they don’t get it right.”

Hynes passed away suddenly while battling cancer on July 4.

“We were shocked,” says Ring. “And the first thing we wanted to do, right away, is come together as a food community, and a wine community, and remember Gary.”

“When people die who are well-loved,” says Easdon, “you need some sort of ritual to honour them, but also to help facilitate your own healing a little bit.”

Hynes’ wife Cynthia and son Colin have set up the Gary Hynes Foundation.

“When I heard about that foundation,” says Ring, “which provides scholarships and funding to young people pursuing culinary, wine, and music faculties, I thought it would be really great to do something to help his family and help this foundation get started.”

And so, in Gary Hynes’ honour, on Nov. 7, Vessel Liquor is hosting the Victoria premiere of Somm 3 at the Vic Theatre.   It’s a fascinating documentary about the wine industry.

“It’s an opportunity to bring the community together, in gratitude for what he’s done,” says Easdon.

There is also an online silent auction to raise money for the Gary Hynes Foundation.

Easdon says this is not just a great event, it’s also an appropriate way to celebrate Hynes.

“Because it’s also a fun event. It’s also about food and drink, so it’s really nice to be able to participate in something like this.”

Gary Hynes was 68 when he died. 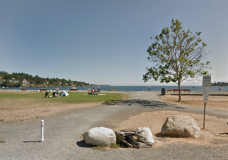 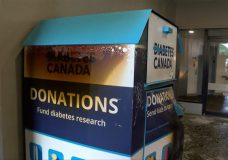