Some towns begin to reopen to tourists following COVID-19 shutdown

Posted: May 27, 2020 6:50PM
CHEK
WatchPort Renfrew, Tahsis and Port McNeill are among the Vancouver Island communities reopening their doors, while Tofino is taking a more cautious approach.

The road into Port Renfrew will likely get busier next week as the community plans to reopen for business after a two-and-a-half month-long shut down because of COVID-19.

“I know people are going to want to come but I hope they don’t come too fast and furious,” said Karl Ablack of the Port Renfrew Recovery Task Force Committee.

He says the community wants to welcome back visitors but not be overwhelmed too soon.

Tahsis is opening its doors as well, hoping to make something out of nothing so far this year. It relies on a busy fishing and adventure sport tourism season to boost its economy. But when 50 per cent of its fishing customers come from the US, the village knows those dollars will be lost for sure this year.

Farther north in Port McNeill, which was already hit hard by the eight-month-long logging strike, plans are to begin accepting tourists next Monday, June 1st.

“And coming out of such a hardship, businesses were really looking forward to this tourist season, so it was quite a shock to have COVID come right around the corner so quickly. But we’re working on some sort of recovery and looking towards the future now,” said Port McNeill Mayor Gaby Wickstrom.

Meanwhile in Tofino, where 700,000 people normally visit every year with 600,000 of those staying at least one night, the district is taking a slower approach to opening and does not want a mass of visitors to arrive all at once.

“We’ve had a lot of inquiries at resorts and hotels and Air B & B’s. Everybody’s fielding a lot of inquiries and it looks like the most of the interest isn’t until July and August but there are some bookings for June and we’re hoping that’s we’ll be able to honour those as BC goes into Phase 3,” said Tofino Mayor Josie Osborne.

Most hotels are currently only booking guests from Vancouver Island residents. 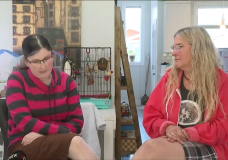 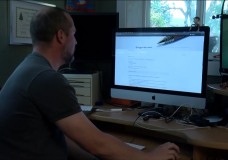