Cassidy Graham was heartbroken Wednesday that her summer camp has been cancelled.

“It was a little bit of shock at first,” said the Metchosin woman.

“And I went through just a little bit of grief after hearing that.”

COVID-19 has taken a particularly hard toll on people with special needs, who depend so critically on routine.

“It just feels like my nerves are shot,” said Graham.

“Along with that, I’ve lost my confidence.”

The autistic woman’s day programs have all been cancelled due to COVID-19 or have gone online. She lost her part-time job because of the pandemic and now her summer tradition of nine years, Easter Seals Camp Shawnigan, has been taken as well.

“It was just like you got kicked in the stomach,” said Graham’s mother Gina Duncan.

The camp for special needs children and adults was forced to announce to campers that their home away from home each summer has to be cancelled due to COVID-19.

It’s a blow that is hitting homes all over BC.

“Children’s summer camp experiences. they are the experiences that stick with you for a lifetime,” said Camp Narnia co-owner Joel Roszmann. The camp is located in Nanoose Bay.

“It’s very, still hard to say that we’re not running this year.”

As BC schools plan the return of students on June 1 and COVID-19 cases remain low, there was hope that the camp experience could be saved.

“There was always the hope that whatever hoops came up we could jump through them,” said Roszmann.

“We were willing to spend whatever money it took. We already accepted we were going to lose money on the season but we wanted to be there for the campers.”

However, Dr. Bonnie Henry, provincial health officer, said at her daily briefing Tuesday that summer camps would not be going forward.

“It could be children coming from many different communities and having effects on their communities.”

Parents are being urged to take adventures with their children and pursue experiences that aren’t typical.

Day camps are still on offer, and some camps, like Camp Shawnigan, are offering online camp experiences. 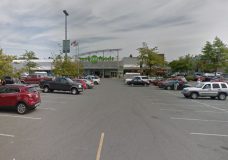 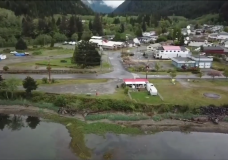 Some towns begin to reopen to tourists following COVID-19 shutdown