UPDATE: Thousands gather at BC Legislature in support for Ukraine (PHOTOS)

Residents of Vancouver Island and beyond gathered at the BC Legislature on Sunday for a solidarity rally in support of Ukraine.

Just after 12:30 p.m. on Sunday afternoon, thousands of locals filled the front lawn of the Legislature and spilled onto the sidewalks around the Inner Harbour to show their support for the country amid a Russian invasion.

Chants, anthems and songs echoed across the lawn and speeches were made by event organizers to raise awareness of the ongoing situation.

“It’s so multicultural. We’ve just had this divisive couple of years and it’s wonderful to just see everyone put that all aside and just join in. It’s great,” said Angie Ross, a Victoria resident of Ukrainian descent.

A moment of silence was also held for those who have lost their lives during the Russian attacks.

People continue to stream toward the legislature lawn joining a crowd I would estimate ~2000 standing with Ukraine in Victoria pic.twitter.com/koyQWlmgKg

For those who have roots in Ukraine, watching the war unfold is anxiety-inducing, and some still hard it to believe it’s happening.

“If you were to tell me that this would happen six years ago, I would say ‘you’re crazy.’ Like, this doesn’t make any sense. It seems like the world is upside down,” said Bogdan Prokopenko, who moved to Canada from Ukraine in 2009.

He has many family members back home and keeps in touch with them, not knowing what’s going to happen to them.

A large crowd is gathered outside the BC Legislature today sporting blue and yellow — demonstrating their support for the Ukrainian people.@CHEK_News pic.twitter.com/5Sxtvjtbbx

The Ukrainian Canadian Congress – Victoria Branch (UCC), organizers of the rally, had been encouraging local residents to come out and show their support throughout the week, leading up to Sunday’s event.

“Russia officially declared war on Ukraine and began bombing major cities across the country. Join us in rallying in support of Ukraine and democracy!” reads the description on the Facebook event page for the rally.

Victoria’s rally is just one of many taking place around the world, calling on governments to do more to protect Ukraine and punish Russia.

One of the largest protests so far took place in Berlin where the crowd was estimated at more than 100,000.

“It’s very troubling what’s going on in the Ukraine, but this demonstration and the world response has been remarkable,” said Andrew Weaver, whose mother fled Ukraine as a refugee after the Second World War.

He said witnessing the atrocities taking place today brings back terrible memories for his family.

“We’ve gone through this before, in the lifetime of my parents and others. Never shall we go through this again,” he said.

Devon Goldie was the lead organizer of Sunday’s rally for Ukraine at the BC Legislature and says there are concrete measures people can do to help Ukraine right now.

“The first is to contact your MP and ask them to stand with Ukraine and enact harsh sanctions against Russia. That truly is the biggest and most impactful thing I think that we can do right now.”

Goldie says that fundraising is ongoing to help in the relief efforts.

“If you want to donate and you want to help, the Ukraine humanitarian appeal has been launched by the Canada Ukraine Foundation, with the support of the Ukrainian Canadian Congress,” she notes.

Additionally, Goldie says that coming out to Sunday’s rally is a key way to show your support.

“Coming out and just showing your support to your fellow Ukrainian Canadians, is incredibly meaningful,” she told CHEK News.

Earlier this week, the Greater Victoria Harbour Authority made a gesture of solidarity by changing the Canada light-up sign to shine half yellow and half blue — the colours of Ukraine’s national flag.

The City of Victoria also raised the blue and yellow Ukrainian flag in front of City Hall. 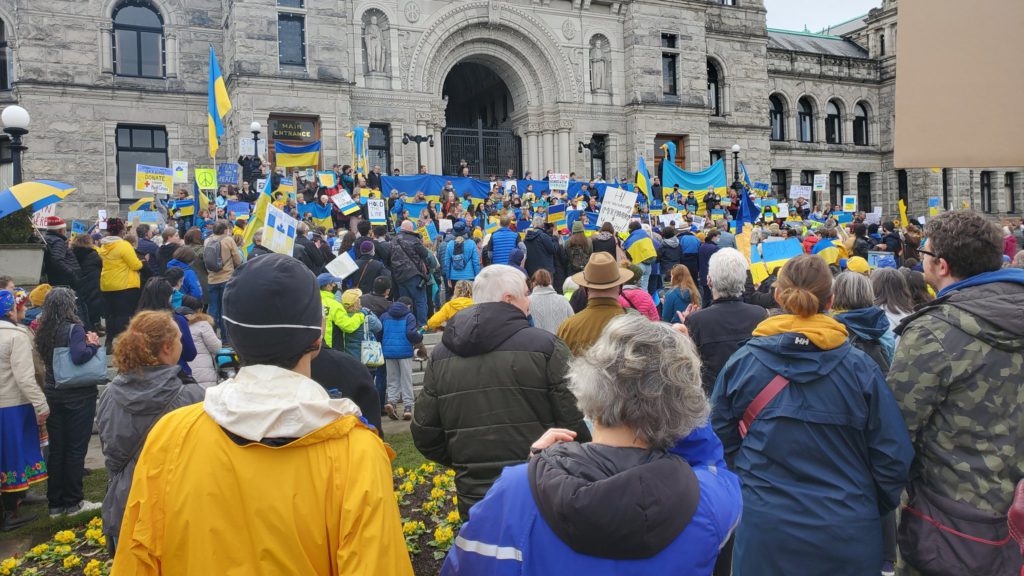 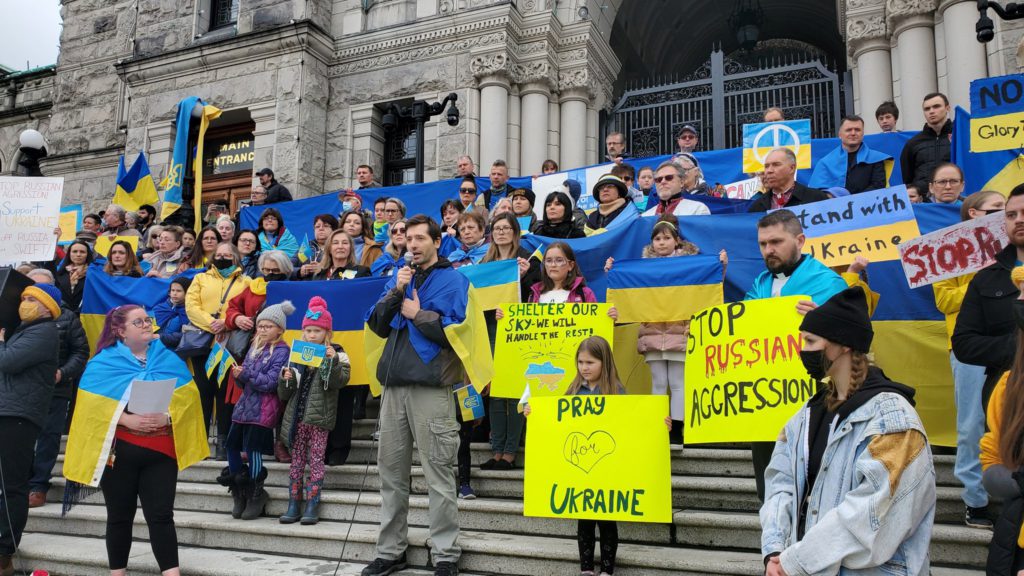 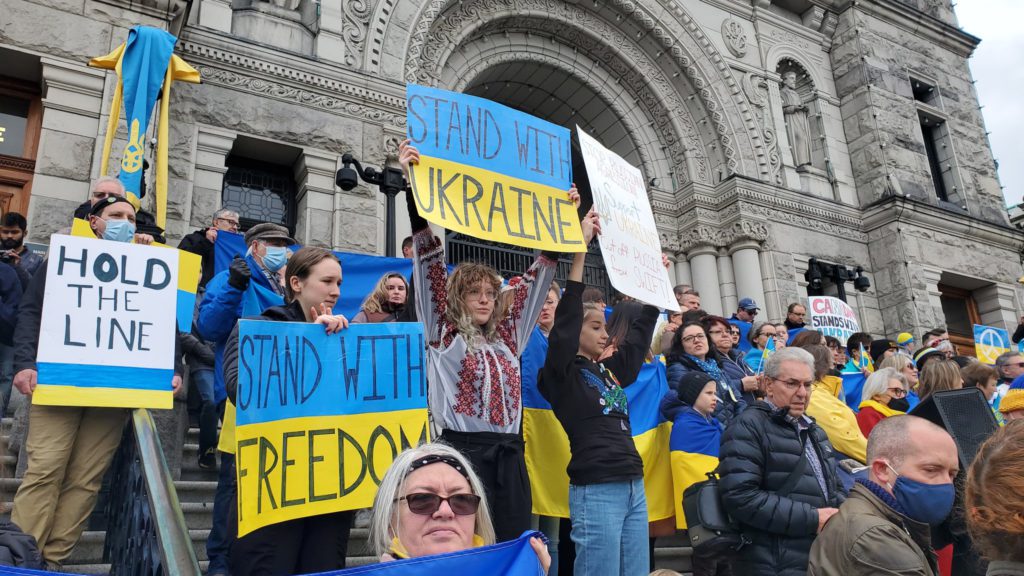 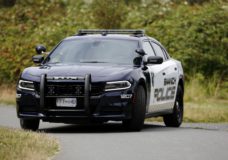 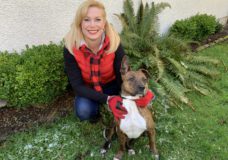