Throughout history, the Nuu-chah-nulth people have smudged, to lift and cleanse bad energy from a person’s body.

Yet that practice is now trial on Nanaimo, after smudging made its way into Alberni Schools several years ago to increase cultural understanding.

But this trial that got underway Monday has sparked quite the opposite reaction.

“It is just unbelievable that someone is trying to tell Nuu-chah-nulth that our smudging is religion and they’re trying to ban it from the schools you know,” said Sayers.

Candice Servatius, an Evangelical Christian and mother, is suing the Alberni School District over their allowance of smudging in cultural lessons.

She claims on Sept. 16, 2015, her daughter was a student at John Howitt Elementary and had the cultural practice imposed on her in the classroom, harming her spiritually and violating her constitutional rights.

The right-wing, Calgary-based, Justice Centre for Constitutional Freedoms has taken up the case free of charge to defend Servatius’ case, claiming smudging made her child very upset and that she couldn’t sleep the night of the ritual.

Neither Servatius or her lawyers would be interviewed Monday as a judge decided whether to allow their expert to testify that Servatius’ religion considered smudging worship of nature, which was supernatural and demonic.

“He’s trying to put it in a Christian belief,” said Sayers.

“But by characterizing smudging as supernatural and demonic is very offensive.”

The trial is expected to continue through Friday. 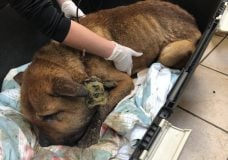 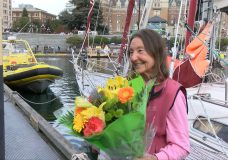