‘Small’ amount of AstraZeneca vaccines wasted in B.C. due to slumping demand

Some AstraZeneca doses were wasted in B.C. after people refused to get the vaccine following a change in advice from federal health experts, says the province.

The Ministry of Health acknowledged Tuesday that a sharp decline in public demand for AstraZeneca occurred once the National Advisory Committee on Immunization issued new advice June 17 that mRNA vaccines such as Pfizer and Moderna were “preferred” for first and second doses.

“Some AstraZeneca doses did expire before they could be used, though final reports from the hundreds of participating pharmacies are not yet available,” the Ministry of Health said in a statement to CHEK News.

“What we do know is that unused doses were in large part due to the new advice issued in June from NACI, which dramatically impacted the demand for AstraZeneca in B.C.”

Health Minister Adrian Dix said Tuesday the province wanted to have enough AstraZeneca doses available to provide any second doses and that the amount that expired was “very small.”

“We had to make an assessment when we distributed AstraZeneca to pharmacies — because it wasn’t going to come back — how much we would be able to use,” said Dix.

“One of the key questions of AstraZeneca was just how much we should distribute through the pharmacy to meet the demand, and the demands changed,” he added.

B.C.’s wasted vaccine is just part of thousands of AstraZeneca doses that have gone wasted across the country, according to an analysis by the Toronto Star. There also does not be any efficient way for provinces to return unwanted vaccines to the national distribution system so they can be sent elsewhere, the paper reported.

B.C.’s wasted vaccines comes as Canada moves to donate 17.7 million doses of AstraZeneca to poorer countries who desperately need any vaccines to save lives from COVID-19. Canada is saving Pfizer and Moderna vaccines for its population, as well as in case any booster doses are required in the future.

Approximately 277,723 British Columbians rushed out to get vaccinated with AstraZeneca earlier this year when the province opened shots in pharmacies.

However, only 105,667 people chose second doses of the vaccine, following the shifting federal recommendations sparked by what health experts categorized as the small risk of blood clots caused by the vaccine.

At least three people in B.C. suffered AstraZeneca-related blood clots, amid as many as 28 across the country.

B.C. has roughly 50,000 doses of AstraZeneca remaining, and set to expire at the end of August.

“We expect to use most of our supply before it expires,” the ministry said in a statement.

“AstraZeneca will continue to be available to people who may have allergies to the mRNA vaccine for their first or second dose.”

Dix said the government did not make a mistake when in mid-June it accepted new AstraZeneca doses from Ottawa, despite worries about slumping demand, noting those vaccines don’t expire until late August.

“Where most of the AstraZeneca we have on hand now doesn’t expire until August,” he said. “And it would be our absolute expectation that that AstraZeneca, that vaccine, if it’s not to be used here, be returned and be provided in other jurisdictions where it can.” 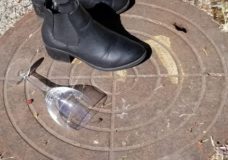 Opinion: Too Much Stuff 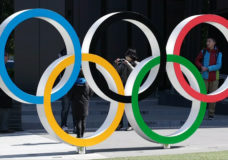