NDP Leader Jagmeet Singh says he believes the Liberal government is “hypocritical” for saying it wants to make reparations for past sins against Indigenous people while also facing tough criticisms of its handling of a number of key files.

Singh says the Liberals are hoping to turn the page and celebrate their achievements on reconciliation with First Peoples today, on National Indigenous Peoples Day, but he believes they should instead be taken to task on their record.

The Liberals have faced several weeks of challenging questions following the discovery of what are believed to be the remains of 215 children at the site of the former Kamloops Indian Residential School.

A number of Indigenous groups also condemned Ottawa’s action plan responding to the National Inquiry on Missing and Murdered Indigenous Women and Girls, calling the development process not consultative enough and the plan “fragmented.”

Prime Minister Justin Trudeau published a series of tweets today celebrating the “vibrant and diverse cultures, languages, and traditions of First Nations, Inuit, and Metis peoples,” but he also acknowledged that action must be taken because “saying sorry is not enough.” 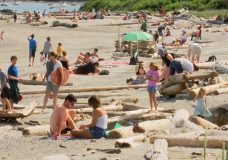 Heat wave on Vancouver Island to last through weekend 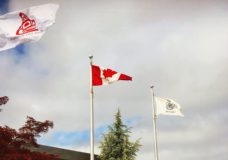