WATCH: It’s down to the final days for shoppers at the Sears in Victoria. Ceilidh Millar reports.

Sears at Victoria’s Hillside Shopping Centre has been a staple of the mall since it first opened nearly 55 years ago, in 1962.

The store was packed today with shoppers hoping to scoop up final deals before the location closes permanently on Monday.

“I’m going to miss it” explained one shopper.

While signs promising deep discounts and huge savings line the walls, most of the shelves in the store are already empty.

Items such as shoes, stationery and kitchen supplies are still in stock.

Some bargain hunters managed to snap up some big, and even free finds.

“I got free hangers,” said one shopper with a laugh. “Pretty good deal, eh?”

Other shoppers are hanging onto memories of what used to be one the country’s biggest box store chains.

“It has basically everything that you need,” explained one woman. “It was good quality and not as expensive as the other stores.”

More than 100 employees have lost their jobs at the Victoria location. Contractors and local businesses have also been impacted by the closure.

“It was a nice place for us to be and we’ve been here for quite a few years,” explained Nolan Gray with Wildwood Outdoor Living about Sears’ garden centre. “The upper echelons got everything that they deserved and everybody else underneath them had their lives taken away, so it must be frustrating for the employees.”

The closure is a clear sign of a shifting retail landscape, says business instructor Stuart Berry with Camosun College.

“I think it certainly says that we need to be aware of how to keep up and keep pace with technology,” Berry explained in an interview with CHEK News in October 2017. “I think that Sears appeared not to have command of its demographic and how the marketplace interacted with the store.”

“Sears didn’t keep up with what their customers wanted and so they’ve gone out of businesses,” said one shopper.

READ MORE: Sears Canada applies to liquidate all its stores, including those on Vancouver Island 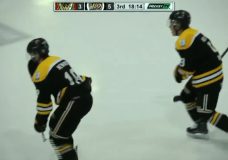 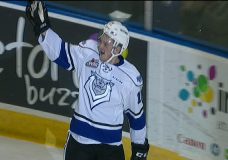