Living in Port Alberni’s Our Home on Eighth Shelter is keeping her off the streets as she battles back against addiction with the support of staff and her loving cat named Nermil, whom she’s allowed to keep there.

“He’s saved my life three times, I’ve filled up a needle and he’s knocked it out of my hand,” said Gardener.

But on Monday, the 52-year-old said she was feeling more shaken than she has in years after learning the Port Alberni Shelter Society staff that has supported her are losing their contract, and BC Housing is taking over within months.

“Shocked. Yeah, it hurts. They’re family. Outside it says it’s our home, and it is,” said Gardener.

The Port Alberni Shelter Society staff say it’s a shock to them too.

Our Home on Eighth and its 30 supportive housing units and 23 extreme weather shelter beds opened in 2018 after extensive planning and funding to the tune of $250,000 by the Port Alberni Shelter Society.

So Hewitt said this contract loss feels disingenuous after all the hard work his group has put in.

“And to be served with this four years later is, in my opinion, a travesty,” said Hewitt.

But according to shelter resident Richard Eubank, widespread drug use at the shelter could be behind the decision.

“It’s getting way too out of control. There’s way too lax and things like that, and it definitely needs to get straightened out that way. Stricter rules with BC Housing,” said Eubank.

BC Housing wouldn’t provide a reason for the sudden end of PASS’ contract, but in a statement to CHEK News said, “Over the next few months, we will be working with PASS and partners on this transition…”

“I think it should stay the way it is. This is all I have. I have no family. This is my family,” added Gardener.

As the stability these once-homeless residents were building on is shaken again, the changes at Our Home on Eighth take effect on Mar. 31. 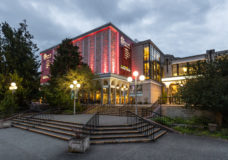 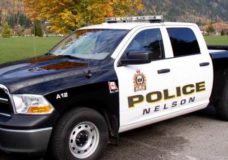