No one was injured after a fire destroyed a shed and a vehicle on a property in Courtenay Tuesday morning which has RCMP investigating as suspicious.

Comox Valley RCMP says the major crimes unit is at the scene in the 1700-block of McPhee Avenue.

WATCH: Video of a shed on fire in Courtenay Tuesday morning. Police are investigating. The shed and a vehicle inside were destroyed. Courtesy John Giordano.

Firefighters found the shed fully engulfed in flames when they arrived.

MacDonald says a man and woman inside the adjacent house where the shed is located were notified of the fire by a neighbour knocking on the window and both escaped unharmed.

The flames spread to the house but crews were able to limit the damage to the siding of the building.

A neighbour’s home also has damage to its siding.

MacDonald says the shed and vehicle inside, believed to be a mid-90s Pathfinder, are both write-offs.

“The investigation is still in the very early stages at this time and investigators will be looking into the cause of the fire,” said Constable Monika Terragni with the Comox Valley RCMP.

Anyone with further information is asked to call the police. 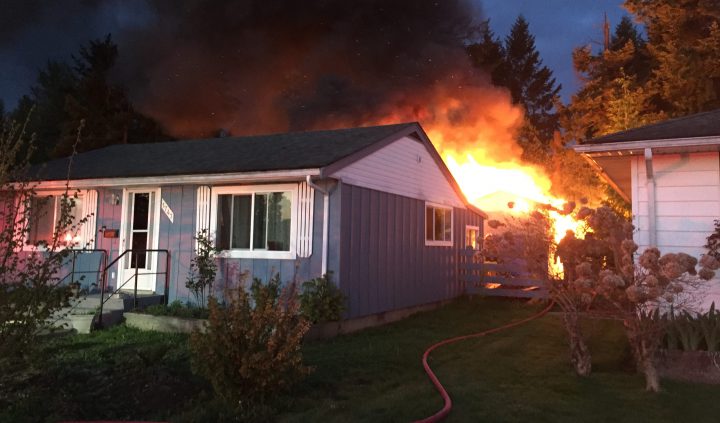 A fire broke out in a shed Tuesday morning behind a Courtenay home in the 1700-block of McPhee Avenue. The fire is being investigated as suspicious. Photo courtesy John Giordano. 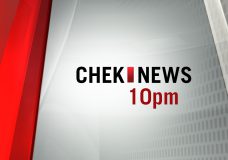 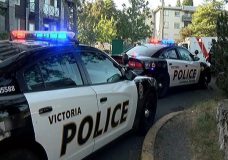