The incident happened just before 1 a.m. when a white Nissan was traveling well over the posted speed limit northbound on third avenue in Port Alberni.

When the driver tried to make a right turn on to Bute Street, the speed caused the Nissan to skid out of control.

It then collided with parked vehicles in a car lot before hitting a tree and coming to rest.

The tree fell down and damaged more parked cars as well as the Nissan.

BC Ambulance Service also responded and authorities say the driver escaped uninjured but a passenger was taken to hospital with non-life threatening injuries.

The 46-year-old driver from Port Alberni was given a ticket for driving without due care. 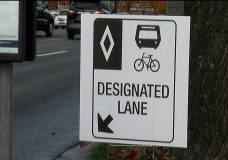 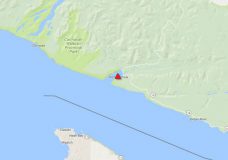