A fatal collision closed Highway 19 south of Port McNeill for most of the day Thursday.

The highway was closed for several hours.

It is believed that the RCMP vehicle had its emergency lights activated at the time.

The driver of the vehicle was transported to hospital in critical conditions while a female passenger was pronounced dead at the scene.

Two other passengers in the vehicle received minor injuries. The driver of the logging truck was not injured.

Anyone with information on the crash is asked to call North Vancouver Island Traffic Services at 250-286-5646. 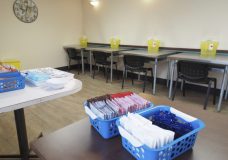 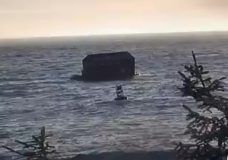 Mystery of house appearing to float away from Ucluelet harbour