The sentencing hearing for Andrew Berry, the man convicted of killing his two daughters on Christmas in Oak Bay, starts Monday in Victoria.

Back in September Berry was found guilty of second-degree murder, after four-year-old Aubrey Berry and six-year-old Chloe Berry were found dead in his apartment in Oak Bay on Dec. 25, 2017.

The girls were found by police after Berry failed to return his daughters at noon on Christmas Day to their mother Sarah Cotton as required by a court order.

He pleaded not guilty to the two counts of second-degree murder.

Berry was found naked in the bathtub with stab wounds to his neck and throat, and he told first responders “Kill me” and “Leave me alone” when they arrived.

The emotional trial lasted five-months, Berry claimed that two men connected to a loan shark stored what he believed was a bag of drugs at his apartment in March 2017 in exchange for a delay in the repayment of a loan worth thousands of dollars.

He testified that he was attacked by a man with dark skin and hair, but the Crown argued his wounds were self-inflicted after a failed suicide attempt.

The Crown said the motive for the murders was Berry’s “long-simmering animosity” towards his estranged partner, Sarah Cotton, who he believed planned to seek an end to their joint custody of the girls after Christmas.

The defence argued the Crown’s case was circumstantial and Berry was consistent in his denials.

They also disputed the Crown’s claim that Berry attempted suicide after killing his daughters.

Andrew Berry sentencing updates will be tweeted in this thread. Berry killed his young daughters Chloe and Aubrey Berry on Christmas Day 2017.

Crown is remaining court Chloe and Aubrey were “stiff and cold” when police found them Christmas Day 2017 and they hadn’t eaten for hours, based on coroner’s findings. This contradicts Berry’s claims about what they did Christmas Day.

Crown says if an offender lies and aggressively challenges the crown’s case, it should be evidence of whether they have remorse.

Crown is detailing how the murders happened “over a period of time” and weren’t instantaneous. Very upsetting for those gathered in court to hear how the girls suffered.

Six-year-old Chloe also had a skull fracture, she was hit before her death, and autopsy found she’d been stabbed both before and after her death.

There is quiet sobbing in the courtroom as people listen to the horrific recap of what happened to Chloe and Aubrey. Crown says an “appropriate and proper sentence” must be administered. @CHEK_News #yyj #berrytrial

Crown says jury found that Andrew Berry murdered Chloe and Berry, in part, to get back at their mother and his ex partner, Sarah Cotton. This could be considered an aggravating factor for sentencing. @CHEK_News #yyj #berrytrial

The crown’s finished its summation of aggravating factors for sentencing and the defence has begun its argument. Defence says Andrew Berry testifies he did not kill his daughters and has “deep sympathy for the victims.”@CHEK_News #yyj #berrytrial 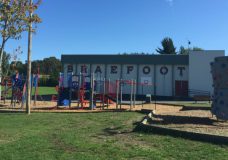 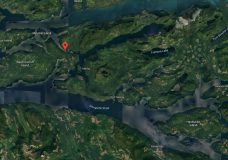 Tug boat runs aground in Chatham Channel, north of Sayward