Posted: May 30, 2019 8:14PM | Last Updated: May 31, 2019 3:51PM
CHEK
Watch A sold-out Port Theatre in Nanaimo will be rocking Thursday night (May 30) with a choir that will be having just as much fun as the audience.  Soundwave is a seniors group that has become a family as much as a choir and as Skye Ryan reports, their concert is a tribute to what they've become to one another.

“Every one of us in the choir,” said Catherine Griffin.

The welcoming friends that await her arrival were all thrust into Griffin’s life after the passing of her beloved husband Roderick. It was a loss that left her devastated and seeking a reason to keep living.

“And this has given me my life back,” she said.

SoundWave, as they’re called, is a 55+ troupe all spearheaded by singer/songwriter Holly Wright four years ago. It’s intended to bring retired Island residents out of their rockers and get them rock and rolling again in a non-traditional choir.

“Singing is so good for your heart and soul,” said member Nancy Leslie Young.

“It just fills me up,” said the group’s founder Holly Wright.

“I just get such enormous pleasure from watching everybody sing and seeing how far we’ve come,” she said.

“It’s a real community that she has made,” said member Karen Learmonth.

“For people that have been widowed, widowers or just on their own.” 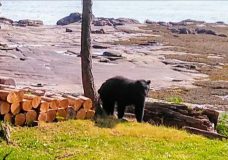 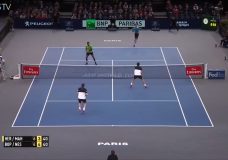 Canadian tennis great to put on exhibition on Vancouver Island