A security guard is recounting how he was stabbed multiple times by a stranger in Nanoose Bay in hopes people will come forward with new information for police.

It was Tuesday, Aug. 2 when Gavin Christensen was attacked near the entrance of Moorecroft Regional Park.

The 60-year-old Footprints security guard was about to lock up the park’s gate just after 9 p.m. when he spotted a man walking away from a vehicle.

When Christensen called out to him, the man stopped and bent forward.

“It looked like he was in distress so I approached him. He then did a backhand swing at me and caught me on the side of the face. He, what I thought, was throwing punches and I lost balance and fell backwards,” Christensen told CHEK News.

Christensen’s head hit a piece of wood and he lost consciousness. When he awoke a short time later the smaller car — coloured cream, silver or white — was gone, as was the man.

The security guard realized he had been stabbed and he feared that poor cell service in Nanoose Bay would mean he wouldn’t be able to call anyone.

“I luckily was able to get through to 9-1-1 and receive some help,” said Christensen.

“I’ve been taking some counselling and it’s hard. I have good days and bad days,” he said. “Emotionally I get angry, sad.”

Police confirm they are investigating, but Christensen says they’ve hit a dead end and need some new leads.

“I’m hoping that maybe earlier that day that afternoon or evening that somebody was here and noticed this individual or somebody acting strange,” said Christensen.

Christensen says the Caucasian man was possibly drunk or high and was wearing dark clothing and a hoody.

“My thought at first was maybe he was here to harm himself and maybe I interrupted that,” he added. “I’m not sure.”

Christensen, who remains off the job, hopes his story will remind people to be aware and watch their surroundings, as this can happen anywhere.

Moorecroft Regional Park is among the parks where the Regional District of Nanaimo has banned overnight camping. 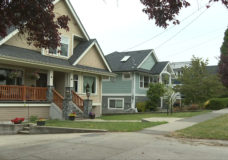 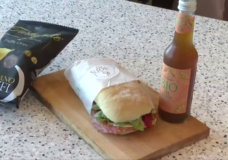