The Salvation Army kettle campaign will not be set up in front of BC Liquor Stores this year.

This has been a location campaign volunteers had been stationed at for the last number of years.

“It’s disappointing for us. We had a great partnership with them,” said Salvation Army Major Sheldon Feener.

In a statement, the BC Liquor Distribution Branch, which operates BC Liquor Stores (BCL), said the stores are already hosting two fundraising campaigns.

“BCL is running an in-store fundraising campaign in support of Food Banks BC throughout the holiday period, from November 12 to December 31. BCL’s Share-a-Bear program, which runs every holiday season, is also currently underway,” the statement read.

BCL said it was already fully committed to the campaigns by the time The Salvation Army applied to use our stores for collections.

“To ensure we don’t overwhelm our customers with donation campaigns when they visit our stores, we are not approving any other fundraising activities at our stores throughout the holiday period, while our Food Banks BC or Share-a-Bear campaigns are running,” the statement continued.

Adding that means BCL will be unable to facilitate the Salvation Army’s Christmas Kettle Campaign this year.

While this is a loss for the Salvation Army, Feener said volunteers will be set up around malls and numerous other locations around the Greater Victoria Area collecting funds.

“I think with the need we are seeing in Victoria and Canada right now, we are seeing the generosity of people really pick up,” Feener explained. “We are seeing people give and hopefully we are going to see that show up in our kettles and in the donations as well.”

Demands for help on the rise

The Salvation Army said the demand for its programs is on the rise.

According to Feener, the rise of inflation and the cost of living is having a major impact on families.

He said this means there is a greater need for donations at it’s food and toy drives, like the CHEK Drive Thru Toy Drive.

“They’ve already registered over 600 children for Christmas gifts this year, which is already more than 100 more than they had last year and they haven’t stopped taking applications,” Feener explained.

The drive thru is collecting everything from food, toys, cash and clothing.

Feener said the hardest group of children to provide for are teenagers meaning they are looking for some items for that age group.

“But we’re not going to say no to anything,” he added.

Once the donations are sorted, registered families will have an opportunity to “shop” the items and pick the Christmas presents for their kids.

The Mustard Seed Street Church food bank told CHEK News it is also seeing a rise in demand, with need expected to grow throughout the holiday season.

Janice James, development manager at the Mustard Seed, is also crediting inflation to the increased demand.

She said two-thirds of people have cut down their discretionary spending due to inflation and 50 per cent of people are worried about their Christmas spending and their finances.

She said a number of people have already signed up for Christmas hampers, with registration still open.

The Mustard Seed is looking for food donations, adding cash donations can help even more.

Donations can be made online or by dropping it off at the The Mustard Seed Street Church food bank. 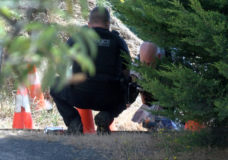 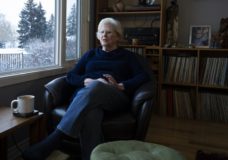