Posted: Oct. 22, 2020 12:02PM
CHEK
WatchAfter calls for slower and safer speeds on residential streets, Saanich staff have been given the go-ahead to start looking at a new pilot program. Speeds on streets may drop to 40 km/h, but some say it's not low enough.

On Monday, Saanich council voted in favour of submitting an application to join a provincial pilot project and lower their speed limits on residential streets to 40 kilometres an hour in the future.

They are hoping other municipalities in Greater Victoria will join their application.

“There will be huge benefits,” said Saanich Mayor Fred Haynes.

“Because the speed is 10 kilometres less, there is more reaction time. You get less injuries, less fatalities. The numbers are there, you get more livability, you are going to get more mode shift from cars to bikes, e-bikes, regular bikes, walking and transit. ”

The mayor says more than 60 stakeholders were consulted. But Sarah Frumento, a member of the Greater Victoria Cycling Coalition who also volunteers with Livable Roads for Rural Saanich, says the speed should be brought down to 30 km/h.

“That can be the difference between somebody surviving with minimal injuries, versus significant injuries and a possible fatality,” she said.

The Greater Victoria Cycling Coalition says they are excited but that “evidence is very clear, that 30 km/h speed limits save lives, reduce injury and help more people walk or bike safely.”

The mayor says 40 km/h is expected to make the most impact with compliance and enforcement.

“Our data shows that most people are driving in the low 50s,” said Haynes.

But Frumento and others worry this means the pilot could ultimately fail.

” I have my reservations about how successful it’s going to be,” said Frumento.

“Their own report has a lot of evidence that points to 30 being the safest. I am worried at the end of the pilot project they are going to look back and there won’t be a significant change.”

Saanich may also not be alone in slowing things down. Staff are hoping other jurisdictions join their application so residential speed limits region-wide can be dropped.

If the province signs off, speed limits could be dropped as early as next summer. 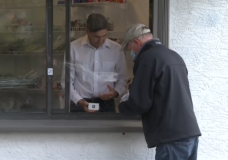 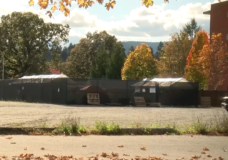 Initiative to house homeless has proved successful in the Cowichan Valley