Initiative to house homeless has proved successful in the Cowichan Valley

In the Cowichan Valley, a homeless plan hatched this past spring has proven successful.

For Lance Schmidt, a hotel room at Duncan’s Ramada Inn has given him stability.

Before moving in last summer, he was homeless for 18 months

” I’m getting on track now and now that I know that I’m going to be staying here at least until the end of the year, that makes a big difference,” said Schmidt.

Last May, the Cowichan Housing Association came up with a plan to house people in five tenting sites and one hotel. Each site would have a low number of residents

Considered a stop-gap measure, it’s ended up providing a stable place to live for nearly half of the Cowichan Valley’s homeless population.

“This is the first time they’ve stayed in one place, overnight and during the day for many years so it’s a big transition for lots of these folks and we’re pretty thrilled that we can create that opportunity for them to actually have some stability in their lives,” said John Horn, Executive Director of the Cowichan Housing Association

Organizers say there have been challenges with some residents suffering from mental health and addiction issues.

But on a whole, organizers say it’s gone amazingly well.

“To see how folks have come from being in a protective kind of mode, survival mode to opening up and trusting and having conversations and talking about things and sharing their stories. I don’t think was possible when everyone first got here,” said Mary Lionas, a site supervisor for Cowichan Housing Association.

At the height, 117 people were housed.

Eight people have since found jobs. Others have found more suitable housing

Duncan’s mayor says while it’s been a success more wrap-around supports are needed.

“We need federal action for this and we need provincial action for this. Municipalities are bearing responsibilities that we don’t have the authority or the financial ability to do what needs to be done,” said Michelle Staples, Duncan’s mayor.

Back at the Ramada Inn Schmidt says not only does he have better peace of mind about have a steady bed each night, he also has a recent job offer. 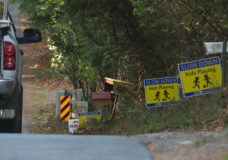 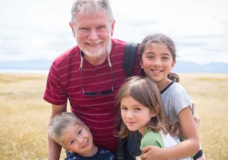