Tempers flared in the parking lot of Royal Oak Shopping Centre Saturday afternoon after a road rage incident in which two men appear to engage in a verbal altercation over who had the right of way.

Witness Kaylee Adsett grabbed her phone and started filming because she was concerned the argument could turn physical as the two men approached each other.

An older woman, who Adsett believed to be a family member of one of the drivers, stepped in between the two men and both drivers eventually went their own ways. The incident wasn’t reported to Saanich police but the department does investigate its fair share of road rage incidents every year.

“We know some of these incidents do occur in parking lots when people are heated about parking lot stalls and the wait times and traffic and buying that perfect gift so we just want to remind everyone to have cooler heads, they will prevail,” said Const. Markus Anastasiades.

Saanich police has investigated 89 incidents of road rage so far this year, including four this month. Of the 89 investigations, four resulted in assault-related charges.

ICBC says parking lot road rage can lead to an increase in claims for minor fender benders this time of year and can create a significant safety issue.

“People will follow someone right out the door, go right behind them and it’s unsafe, you don’t know if that child they might be with could break away from their parent and run into their vehicle,” said Joanne Bergman, ICBC road safety and delivery coordinator.

Experts say if you encounter a raging driver the best advice is not to get out of your car.

“Getting out of your car is really dangerous because your car can be a safe zone it’s possible for people to break windows and things like that but your car is the safest place to be with the door locked when people are out of control and screaming and yelling at you like that,” said Steve Albrecht, a security consultant and threat assessment expert based in Springfield, Missouri.

And Albrecht says if you become a witness to a road rage incident, it’s best to keep your distance.

“The best case scenario is be a professional witness, stand at a distance, if you want to record with your cell phone then carefully do that or if you want to write what you saw in terms of license plates and descriptions of cars and what people said and did and call police from a safe location,” Albrecht says. 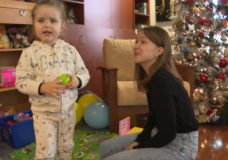