WATCH: A Saanich couple is now home for the holidays and are taking a break from sailing around the world. Four years ago, they sold everything to begin their life at sea and are almost at the halfway mark.

It’s an adventure you would expect to see in the movie but it is a real-life experience for married couple Ben Brehmer and Ashley Stobbart.

They’re home for the holidays but for the past four years, they have been on a whirlwind adventure of sailing around the world.

The trip was a lifelong dream for the couple but it took a family tragedy to really get it off the ground.

“Ten years ago, my dad passed away pretty young and it was the catalyst, the kind of kick in the butt. We needed to get our acts together and properly start saving for this trip,” Stobbart said.

After seven years of saving and now four years at sea, they’re halfway done. They began in Florida, sailed across the Carribean to Colombia through the Panama Canal. Last year, they cross the Pacific Ocean and went down to New Zealand. They stopped in Palau before their break.

There have been a few challenges while out at sea.

Ben and Ashley had saving for the first two years but had to get creative to keep their adventure going.

“You look at the situation and you say, well we can put the boat on the hard fly home and get some desk jobs and make some more money or you can look at what you can do out here,” Brehmer said.

The two decided to start a YouTube channel to document their adventure.

In the new year, they will fly back to Palau where their boat is to continue the expedition into southeast Asia then South Africa before going back to the Caribbean. 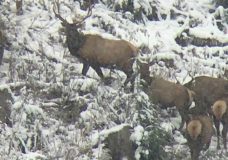 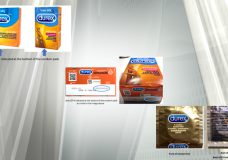