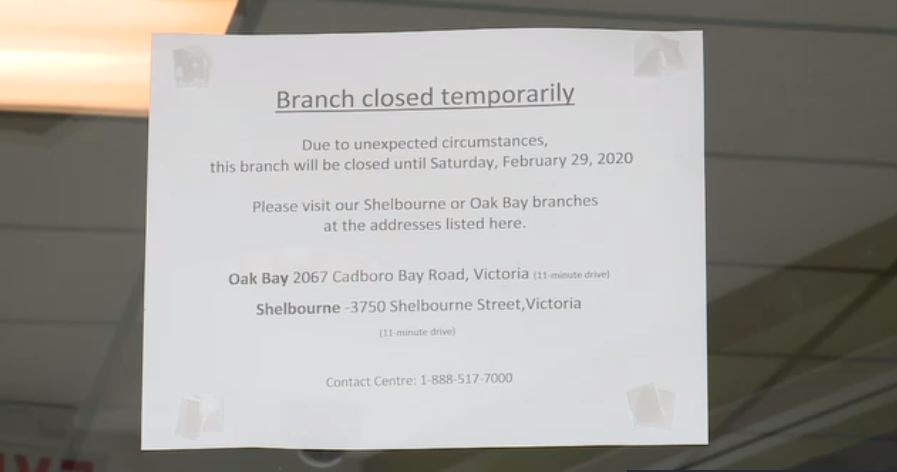 A Saanich bank is set to reopen Saturday after it was temporarily closed following concerns that someone at an adjacent business may have been exposed to the novel coronavirus.

On Tuesday evening, Coast Capital Savings closed its Broadmead Village location in Saanich after the company was told an individual at an adjacent business may have been exposed to COVID-19 in mid-February. The branch was then cleaned. 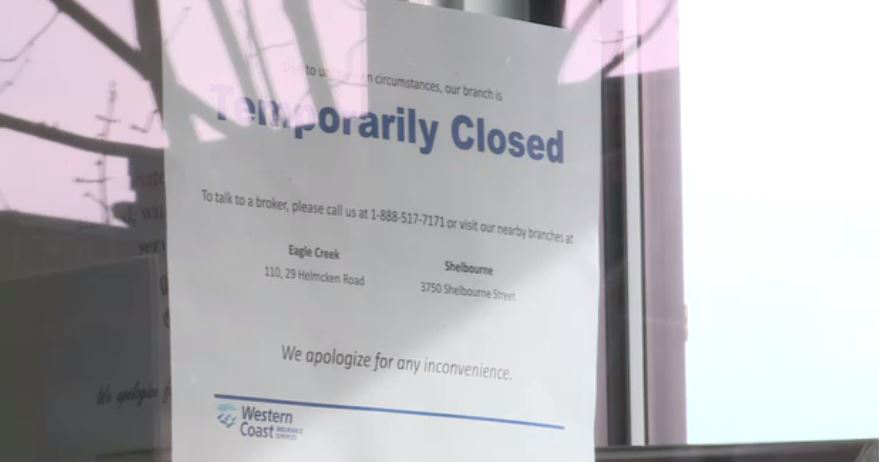 A sign at Coast Capital Savings in Broadmead Village Shopping Centre saying Western Coast Insurance at the bank is closed.

In a statement, Coast Capital Savings said it was told by Island Health that the individual was directed to stay home until Friday. Health officials have now cleared the individual.

Coast Capital Savings also said it was told the individual didn’t have any symptoms.

“When we originally learned of this situation, we contacted Island Health Public Health communicable disease officials who told us that there was no need to close our branch from a public health perspective nor did they believe there was a risk to the public. However, we chose to close the branch out of an abundance of caution,” Coast Capital Savings said in a statement.

“The safety of our employees and members is our top priority and a key factor in our decision-making. Throughout this process, we have tried to balance taking appropriate action without creating undo anxiety or panic.” 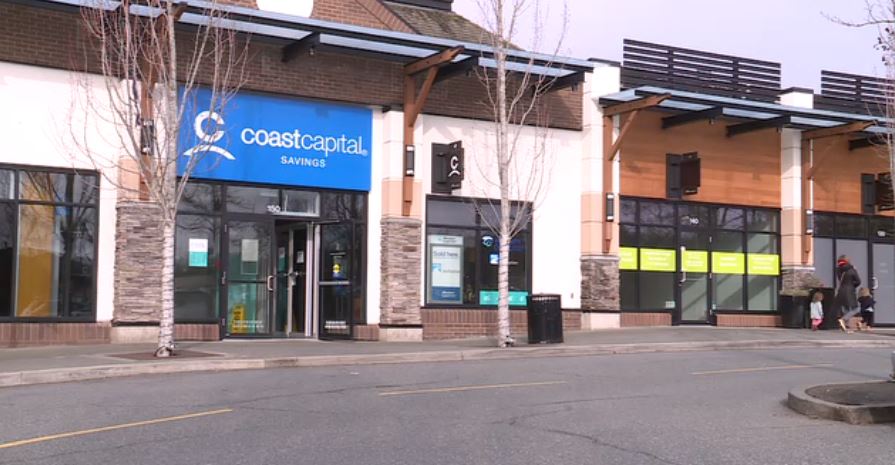 The Provincial Health Services Authority said it was aware of the closure and it was not closed under the direction of public health.

“The province will continue to provide information about confirmed cases of COVID-19. We will not be providing details about people in self-isolation or those involved in contract tracing although we can confirm everyone potentially exposed to the patient has been contacted by public health officials. The most recent cases of COVID-19 in Ontario and British Columbia have been in people who have travelled to Iran, and Quebec announced its first presumptive positive case Thursday also had a travel history to that country.”

The latest person infected in Ontario is a man in his 50s who arrived in Toronto from Iran on Tuesday and went to the emergency department of Sunnybrook Health Sciences Centre the next day.

Ontario’s newest case marks the country’s 14th confirmed case, with the other seven in British Columbia. Quebec’s case is a presumptive positive case and will be confirmed at the National Microbiology Lab in Winnipeg.

The outbreak of the virus known as COVID-19 began in China, and that country continues to have the most cases by far, but there have been emerging clusters in other countries such as South Korea, Italy and Iran.

For more information about COVID 19 symptoms, visit the Government of Canada website.

Greta sticker that drew outrage in Alberta not child pornography: RCMP
What the WHO learned about COVID-19 on its research mission to China