More than 20 years ago, national real estate agency Royal LePage sent a survey to all their realtors.

Sharen Warde, from Royal LePage Coast Capital Realty, explains that “one of the things that came out in the survey was that we wanted to do a fundraiser for ‘shelter,’ because that’s what we do, right?”

And so, in 1998 the Royal LePage Shelter Foundation was created, with all funds dedicated to women’s shelters and violence prevention programs.

Warde adds that the Victoria group had humble beginnings.

“We feel honoured” says Sarah West from Royal LePage Coast Capital Realty, “to be able to support the incredible work that these centres do to provide a safe haven for women and children in need. Nationally as a company, we’ve raised over $27 million for shelters and violence prevention programs.”

Marlene Goley of Cridge Transition House points out that the money is a vital support.   “It means that we can say ‘yes!’  It means that we can give women hope when they’re feeling so hopeless, and don’t know how they’re going to get safe, and stay safe.”

Tracy Schetterer from Sooke Transition House echos those sentiments.  “It’s wonderful to see the transformation of the women coming in, and then leaving after 30 days or longer, and they’re a totally different person!  It’s just amazing to see.”

“It’s just so touching to be part of a community that cares so much” says Elizabeth O’Brien from Victoria Women’s Transition House.  “A community that works so hard out of the goodness of their hearts to support women and children in need.” 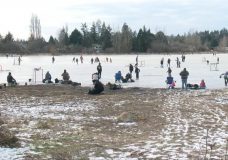 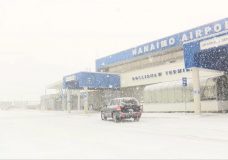 Up to 20 centimetres of snow hitting parts of Vancouver Island, more forecasted