A large pillar has been returned to a Victoria artist after the Royal BC Museum apologized nearly two years after mistaking it as an Indigenous artifact.

In January 2021, the Royal BC Museum announced that an Indigenous artifact has washed up on the Dallas Road Waterfront.

The sculpture covered in algae weighed about 100 kilograms and was initially believed to be a ritual stone pillar used by the region’s Lekwungun-speaking people.

That was until Ray Boudreau came forward days later claiming that the sculpture was actually a carving he had been working on.

“To me then, it was a rock, but now it’s more than just a rock,” said the artist.

Boudreau contacted the museum and CHEK News last year with photos dating back to 2017. Boudreau says that he originally found the rock and began working on it. He says he was carving a multicultural totem pole.

When he first heard about the discovery, he was unsure about coming forward.

“Then I thought: why? I’ll have a piece of art in the BC Royal Museum, I mean, how much more kudos could you get than that?” said Boudreau. “But unfortunately, I’d be the only one that knew.”

Almost two years later, the museum has apologized for its mistake.

“Finally, after all this time it came to an end,” said Boudreau.

On Tuesday, the museum returned the carving back to the man along with an apology letter.

In a short emailed statement to CHEK News, RBCM CEO Alicia Dubois thanked Boudreau for his patience and said steps are being taken to avoid further similar incidents.

“As a team, we have learned from this experience and are taking our learnings forward.” said Dubois.

Boudreau said he applauds the museum’s work and apology in the matter, adding that it has turned into an “enthusiastic ending” for him.

“I’m shocked that one thing, led to this thing. So we never know until the last breath of what’s going to happen,” said the artist.

Boudreau hasn’t returned to that beach in a long time and says he will complete his original project eventually. When it comes to selling it, he’s not sure what will happen.

“I’ve got nothing but a clear conscience and a briefcase full of enthusiasm now,” said Boudreau. 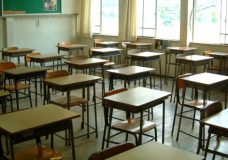 Day of Mourning for Queen Elizabeth II confusing for many in B.C. 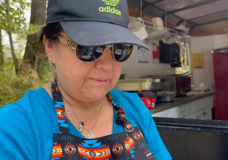