It’s another busy morning at the Food Rescue Distribution Centre.

The Food Rescue Distribution Centre is a collaboration between Rotary Clubs of Greater Victoria, Thrifty Foods, the Victoria Foundation, the more than forty members of the Food Share Network and their operational partner, The Mustard Seed Street Church.

The centre receives high-quality produce from Thrifty Foods grocery stores, and others, that would otherwise be thrown out.

“And we’re able to turn that around” Mustard Seed Executive Director Bruce Curtiss said. “In 24 hours, and get that right to the people that have need.”

“And so we’re able to put quality and quantity with a complete package.”

The Centre is providing a vital service because around 50,000 people living in Greater Victoria do not have the means to access healthy food.

The hidden hungry struggle to feed themselves, and their families.

Curtiss gratefully points to all those working at the Centre.

“We do need an army of volunteers to come down and help clean and glean and sort, and then repack the distribution as it goes back out into the community for those that have need.”

Those volunteers are crucial, but so is financial support.

And so, a cheque for $16,000 dollars from the Rotary Club of Victoria is a huge help to the centre.

Janet Power is the President of the Victoria Rotary Club. “Rotary itself does a lot of fundraising to raise money that we distribute throughout the community to people in need.”

The club held a fundraising gala in May.

“We’ve given half of the money, $16,000, to the Victoria Foundation toward the Food Rescue Distribution Centre, and the other $16,000 will go to other community needs groups.

Curtiss is grateful. “When we get the large support like what we’re getting from the Victoria Foundation and Rotary, it allows us to take leaps and bounds to meet hunger, combat hunger, and end hunger in Greater Victoria.” 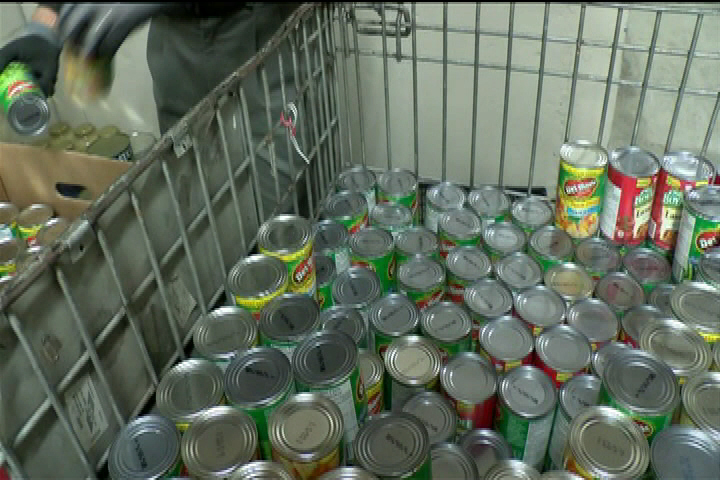 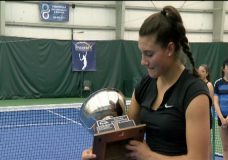 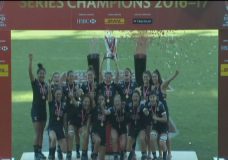