The Southern Gulf Islands are beautiful places that many would consider rural settings and not urbanized, like a majority of the Greater Victoria Area.

But when the Capital Regional District was formed in 1966, the five islands that make up the Southern Gulf Islands – Galiano Island, Mayne Island, Pender Island, Salt Spring Island and Saturna Island – were classified as urban and not rural.

As a result of that classification, communities on those islands have missed out on funding opportunities for infrastructure, arts, and other services.

In this episode of Road to Recovery, CHEK’s Joe Perkins speaks to Francine Carlin, chair of the Salt Spring Island Community Economic Development Commission, about the impact that classification has had on the Southern Gulf Islands and the impact COVID-19 is having on them.

Carlin says because the Southern Gulf Islands are classified as urban but are also unincorporated areas, the communities have often “fallen through the cracks.”

“It means that funding that comes to rural communities, we don’t have ready access to,” she said. “What that funding can be used for is the beautification of our villages. It can be used for improving the delivery of arts in our community. It also means access to infrastructure support and we are not a municipality.”

Unlike, incorporated municipalities and cities, which have directly elected councils, staff, and a greater ability to provide services and advocate for funding from higher levels of government, Carlin says communities on the Southern Gulf Islands don’t have that luxury.

“Being classified as urban has meant that we have had to go through a maze with the province and the federal government to find the funds,” she said. “It’s a limit of resources at the human level and funding level.”

The COVID-19 pandemic has also amplified the problem, as many businesses on the Southern Gulf Islands have been hit incredibly hard due to a massive drop in tourism this past summer.

“Many of those micro-businesses have shut down and many of those individuals and small families haven’t been able to keep themselves above water,” she said. “So, we find ourselves scrambling because it has been difficult trying to organize ourselves around these issues because we don’t have the dedicated staff and the infrastructure to support them.”

The segment “Road to Recovery,” is done in partnership with Douglas Magazine. 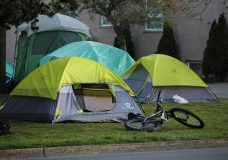 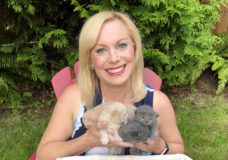