Road to Recovery: Pacific FC confident some fans could return to the stands next season

Posted: Oct. 18, 2020 6:34PM
CHEK
WatchIn this edition of Road to Recovery, CHEK's Joe Perkins speaks to Rob Friend, chief executive officer and general manager of the Pacific Football Club, about what it is like running a franchise amid the pandemic and what the future looks like for the club.

In just two short years, many on Vancouver Island have fallen in love with their Canadian Premier League soccer team, Pacific FC.

But when the team’s ownership decided to bring pro soccer to Canada and the Island, they had no idea that one of the challenges they would face would be a global pandemic.

In this edition of Road to Recovery, CHEK’s Joe Perkins speaks to Rob Friend, chief executive officer and general manager of the Pacific Football Club, about what it is like running a franchise amid the pandemic and what the future looks like for the club.

Friend says as a startup league, club owners were well aware that there would be significant upfront costs, and while COVID-19 has hurt financially, the Canadian Premier League and Pacific FC aren’t going anywhere.

“We knew there was an upfront cost, but we as Pacific [FC], us as a league, we are not looking at it as a two to three-year investment, this is a 10 year plus investment. This is leading up to the 2026 World Cup,” he said. “So we know we got to ride this out. Yes, it cost us more riding through COVID-19, but . . . this is going to pass and we are going to be stronger because of it.”

Asked whether fans could return to the Pacific FC stands next season, Friend says the club is confident that will happen with social distancing measures in place.

“We are very confident. Is it going to be a full stadium? Probably not. I think there is a valid argument we could fit 50-60 per cent at Westhills Stadium,” he said.

The segment Road to Recovery is done in partnership with Douglas Magazine.
MORE: Victoria bulk food business booming due to skyrocketing online sales 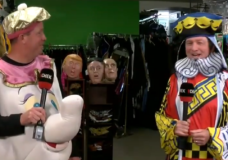 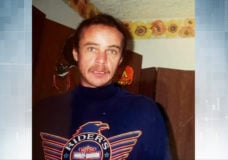