The COVID-19 pandemic has had a devastating impact on so many areas of the economy, particularly the airline and travel industries.

As a result, the federal government is mulling over providing a massive bailout package to airlines, which have been hit hard, but under strict conditions that include a requirement for airlines to reimbursing passengers who cancelled flights because of the pandemic.

In this episode of Road to Recovery with Douglas Magazine, CHEK’s Joe Perkins talks to Cathy Scott, chief executive officer of Departures Travel, about the impact the federal government’s proposed airline bailout plan will have on travel agencies.

Travel agencies are paid a small percentage of whatever they sell to their customers by the airlines and tour companies.

But with the bailout conditions proposed by the federal government, Scott says the airlines are now asking for commission recalls from travel agencies, money the agencies simply don’t have.

“The problem is eight or nine months later after we been paid for these trips, they are asking for us to repay them and the problem for us is that is what we have been using to pay staff and rent and keeping our lights on,” she said. “It’s pretty brutal to be asking for payment back after all this time.”

Scott says a handful of travel agencies are lobbying the federal government to change the bailout conditions so that the travel agencies aren’t forced to repay their commissions to the airlines, who will be required to refund customers.

To watch past Road to Recovery episodes, click here. 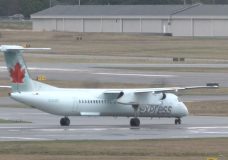 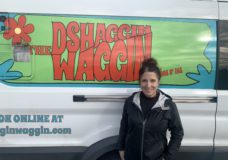