In this edition of Road to Recovery, CHEK’s Joe Perkins speaks to Ian Welle, founder of Polar Engineering, a Victoria-based company that makes energy-efficient heat pumps.

Welle explains that Polar Engineering specializing in creating heat pump systems that take “green” heat out of the ocean, lake, air, or industrial process and reuse that air to turn off boilers in facilities — reducing greenhouses by more than 60 per cent.

The company’s system has been installed in various recreational facilities on the Island, including the Oak Bay Recreation Centre.

“In the recreation facilities that we go to all the time what they often do is they often have ice arenas and pools in them, and those ice arenas require a huge amount of cooling to produce that huge slab of ice,” Welle said. “So when they are pulling all the heat of that slab and it has to go somewhere else and normally what they do is send that heat outside.”

Welle says in the dead of winter that amount of energy released is enough to heat about 30 to 40 homes. He says the company’s system merely captures that heat and uses it to heat the rest of the facility.

“What we did is take that heat and harness it and then we used to it to heat the pool and the tennis bubble, the lobby, the entire lobby,” he said.

The entire system has reduced the Oak Bay Recreation Centre’s greenhouse gasses by more than 60 per cent, Welle said.

The segment “Road to Recovery” is done in partnership with Douglas Magazine.

Previous episodes of Road to Recovery can be found here.

Best of The Upside: Year in Review 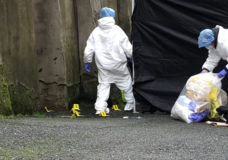