Posted: Dec. 27, 2020 6:11PM
CHEK
WatchThe body of a 59-year-old found in an alley near downtown Nanaimo has been identified by friends as a homeless man named Leonard Williams.

The body of a man found near downtown Nanaimo on Boxing Day has been identified by friends.

Friends tell CHEK News the man is Leonard Williams, a homeless man who was known throughout the downtown as “Little Leonard” because he was barely five feet tall.

“Just a little guy,” said Doug Hiltz of the Wisteria Community Association. “I just knew him as Little Leonard and that is what most of the people on the street called him.”

Williams also remembered him as a friendly man, who had a beaming smile, as he pushed his cart around looking for bottles.

“He was a good man,” said William’s friend Gary Davidson. “I just felt sorrow. I did know the man.”

In the early morning hours on Dec. 26, the body of a 59-year-old man was found in an alley between The Oxy Pub and Sushi Kura on Fitzwilliam Street in Nanaimo’s Old City Quarter.

“It’s quite sad you know,” said Kelly Mander, a friend who is homeless.

Nanaimo RCMP called the death suspicious and said the victim had no fixed address and was last seen alive around 9:30 p.m. on Christmas night — around the same time witnesses reportedly heard loud voices and arguing coming from the area where the body was found.

“What a way to go,” said Hiltz. “It sends chills through your body just thinking of it.”

According to friends, Williams was a heavy drinker, but they also say if he was attacked, he likely wouldn’t have fought back. 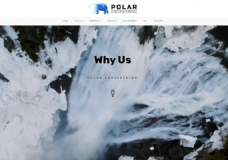 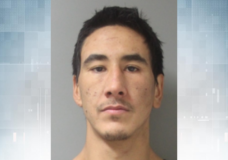