In this week’s segment of Road to Recovery with Douglas Magazine, CHEK’s Kevin Charach chats with Brett Soberg, owner-operator of Eagle Wing Tours.

Eagle Wing Tours prides itself on being the first carbon-neutral whale watching company in Canada. In the interview, Soberg speaks about the many logistical hurdles his company needed to jump through in order to achieve its goal of becoming carbon neutral.

“We have a responsibility,” said Soberg. “I’m born and raised here so I definitely want to minimize my personal and professional impact on the environment.”

Soberg also sheds light on how the company utilizes its ‘citizen science’ program to record and analyze data on subjects including humpback food/scat sampling, whale sightings and fish abundance.

The interview also touches on other topics including the future of the whale watching industry, educating the younger generation on Vancouver Island and the current state of the whale population in the Salish sea.

Correction: An earlier version of this story stated that Eagle Wing Tours was the ‘only’ carbon-neutral whale watching company in Canada. It has come to our attention that this information is incorrect. Therefore, we have updated the story to reflect the information. 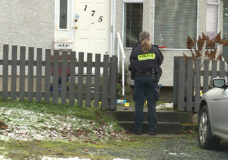 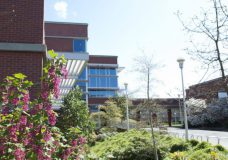