Posted: Jul. 19, 2020 8:08PM
CHEK
WatchIn this episode of Road to Recovery, CHEK's Joe Perkins chats with Calen McNeil, the co-owner of Big Wheel Burger and Zambri's, about how he's been able to manage during these difficult times.

When we started this segment three months ago it was called Conversations in a Crisis. We heard some heartbreaking stories from businesses grappling with the reality that they may lose everything as a result of the coronavirus pandemic.

In the months since then, the crisis has turned to recovery and so the segment was renamed Road to Recovery.

In this episode of Road to Recovery, CHEK’s Joe Perkins chats with Calen McNeil, the co-owner of Big Wheel Burger and Zambri’s, about how he’s been able to manage during these difficult times.

McNeil was the first guest on the very first episode Conversations in a Crisis, which aired on March 29. At the time, McNeil had laid off 128 employees between Big Wheel Burger and Zambri’s.

“I would give my last penny for these people and we are lucky to have the staff. We have staff members that have been with us for over 10 years,” an emotional McNeil told CHEK back on March 29.

Since then, McNeil has been able to rehire staff and reopen all their locations. He also was able to open a new Big Wheel Burger location in Nanaimo in April.

“We are making it work. All of our staff up there are incredible,” McNeil says on this edition of Road to Recovery, adding. “There has been almost no turnover.”

McNeil says while he has been able to find a way to make it work, there are many other restaurants on the Island that are struggling or operating in debt. He says he believes anywhere from 30 to 40 per cent of them will eventually go under.

McNeil believes the difference between those restaurants that will survive and those that won’t will be the landlord.

“The federal and provincial governments, I think, have done enough. There are a few that they can do but what it really comes down with the ones that will make it or not is the landlord,” he said.

“We are lucky to have a decent landlord that gives us support and I know other people aren’t in that same situation,” he adds.

As the co-owner of both Big Wheel Burger and Zambri’s, McNeil says its Zambri’s that is at greater risk of not surviving.

“If I was going to say which one of our businesses has the highest risk of not surviving it is Zambri’s. It’s a full-service restaurant. We have 120 seats. We’ve adapted and we’ve grown but I don’t think we could add [more seats]. It’s not a capacity issue for us. I think as many customers who want to dine there right now are coming.”

You can watch the full interview with McNeil in the video above.

Road to Recovery is a partnership with Douglas Magazine. 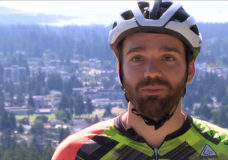 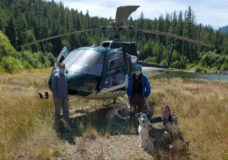