A more contagious variant of the Deformed Wing Virus (DWV) — a virus that impairs a bee’s ability to fly — is concerning beekeepers around the world.

Researchers have found that the DWV-B variant has overtaken the original DWV-A variant as the dominant strain around the world.

Professor Leonard Foster, senior academic bee researcher at the University of British Columbia’s BeeHIVE research cluster, explained some of the consequences of this new variant.

“Most of the infections, above anything that’s very mild, lead to bees that aren’t able to fly and if enough bees in a colony are not able to fly then obviously a colony isn’t going to be able to feed itself,” said Foster.

This new variant has been found to potentially make colony loss much worse.

More precise details are needed to find the origin of the virus. However, researchers say it’s possible it originated in the native range of the mellifera bee which is found in West Asia, Europe, and the Middle East.

Bill Cavers, membership secretary at the Capital Region Beekeepers Association, described the kind of role that bees play in society and how important it is to make sure they are healthy.

“If we did not have honeybees, we would lose about 30 per cent of the world’s crops right now in terms of grains, nuts, fruits, berries, and Beans,” said Cavers 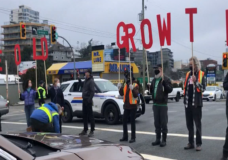 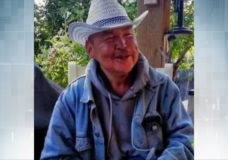