WATCH: A happy ending for a dog named “Kitti” abandoned by her owner in Sooke last week. Ceilidh Millar reports.

Kitti the dog is known for her big bark.

“She’s really cuddly and such a suck when she’s not distracted by other things” said her new owner Coltyn Wallin.

Life wasn’t always this comfortable for the four-year-old Australian Mastiff.

On April 16, Coltyn Wallin and Kiara Taylor found the dog who had been abandoned at a Sooke Potholes parking lot.

They watched as a vehicle dropped her off and then never returned.

Ian Symington said he felt he had no other option after he was evicted from his previous residence on a Sooke property.

“The previous guardian did come over and sign her over as a BC SPCA animal,” said Victoria branch manager Annie Pritte Bell. “We wanted to keep her somewhere where her welfare was top priority.”

Who better suited for the job then her rescuers.

“We fell in love with her within the first couple of days then we decided to adopt her” said Wallin.

“Most of the time she has a big smile on her face and I’m glad we could help her” said Taylor. 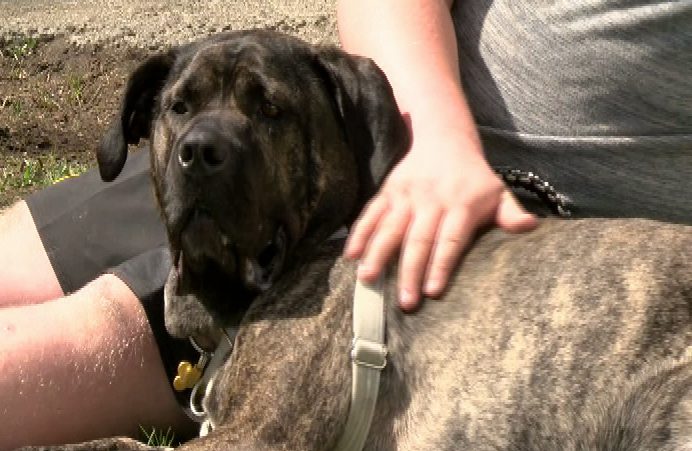 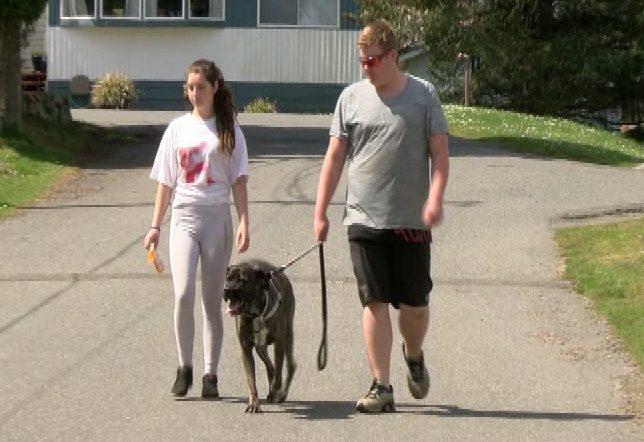 Your Money for April 28 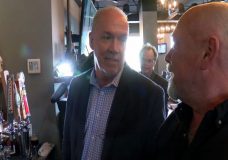