On May 9th, British Columbians cast their ballots in the provincial election.

For much of the campaign, BC NDP leader John Horgan is focusing on the Lower Mainland.

But today, he returned to the island.

The NDP bus carrying leader John Horgan is greeted by a band of supporters.

This is orange country.

Once Horgan hugs the local candidate, Mitzi Dean, he makes a beeline for his wife, Ellie.

Then it’s inside to pour some beer, just in time for the lunch crowd.

“It’s got to to settle for a moment.

“If an Irish can’t pull a dark beer, then something’s wrong.”

“How are you feeling about that?

But not everyone here is a fan, including one diner.

“Provincially, we’ve never ran better than right now than we are currently doing as far as the economic climate in B.C. versus the rest of Canada. So, I’m happy the way things currently are.”

After first meeting Horgan twenty years ago, the bar manager Matthew Dubois has a different opinion.

“He’s always had my full support. And I look forward to next week when I get a chance to put him into office.”

Horgan’s wife Ellie says tonight is the only night he’ll spend at home for the entire campaign.

“What’s it like being married to a political leader, it got to be kind of tough sometimes, eh?”

“Sometimes it is, for the most part, it’s great,” says Horgan. “It’s very interesting how much, I didn’t realized how much he would be away from home.”

But the party is not taking any chances, with Green support growing on the Island.

This week’s debate highlighted Weaver’s ability to take on the other leaders.

You’re not dealing with the issues.”

But Horgan is back in familiar territory this afternoon, delivering a keynote speech at the CUPE annual convention.

“We are going to invest in transit in the Lower Mainland, and transportation across the province. And ten dollar a day childcare. Because for its good for kids, it’s good for women, it’s good for families.

And it’s good for the economy.” 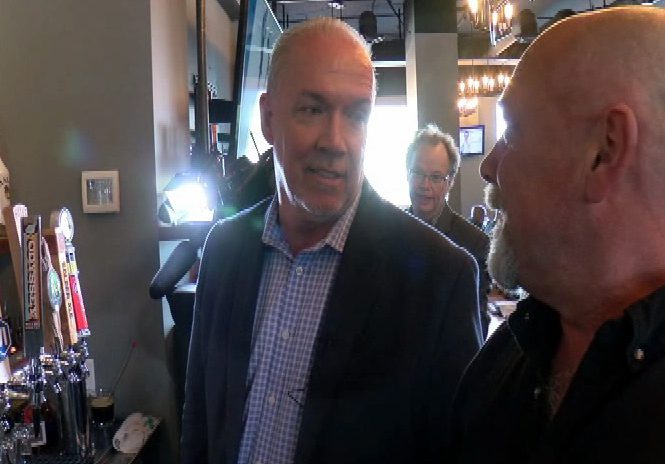 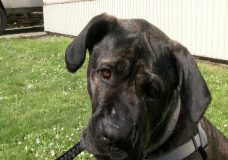 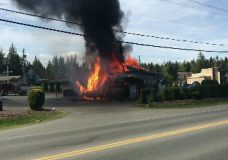