Republicans look to win back power in Congress, stop Biden 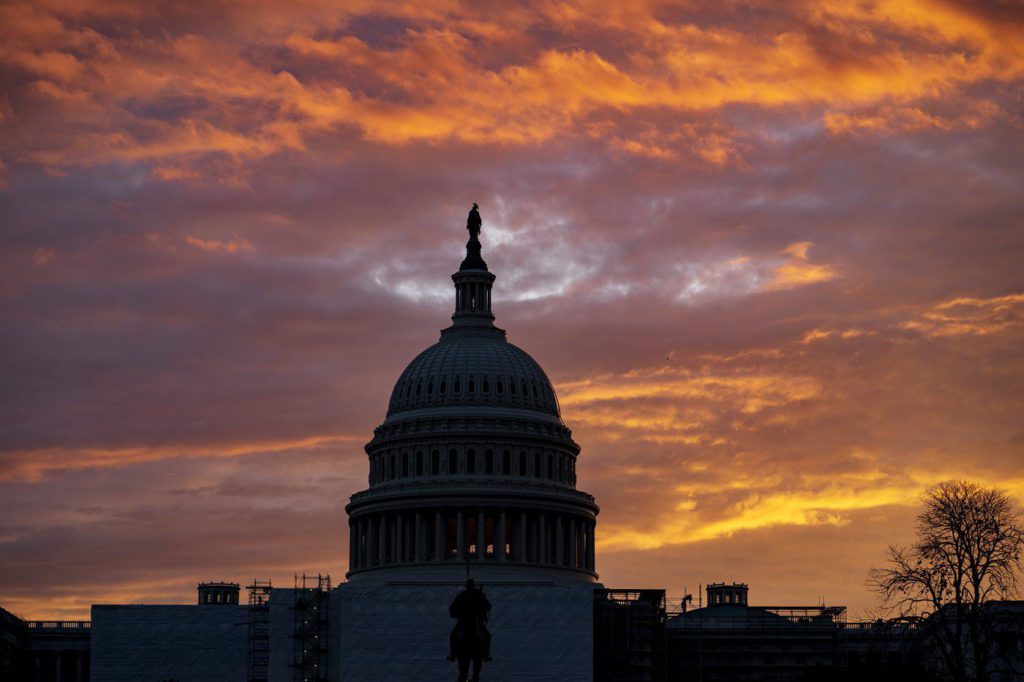 CHEK
Hues of red and blue color the dawn at the Capitol in Washington, Monday, Nov. 7, 2022. Control of Congress and of President Joe Biden's agenda on Capitol Hill are at stake this Election Day. Energized Republicans are working to claw back power in the House and Senate and end the Democratic Party's hold on Washington. (AP Photo/J. Scott Applewhite)

Energized Republicans are eager to claw back power in Congress, working to break the Democrats’ one-party hold in Washington and putting the future of President Joe Biden’s agenda at stake this Election Day.

With the narrowly held House and an evenly split Senate, Democrats could easily see their fragile grasp on power slip as they face a new generation of Republican candidates. Among them are political newcomers to public office, including deniers of the 2020 election and some extremists inspired by Donald Trump. They could bring a new intensity to Capitol Hill with promises to end Biden’s once-lofty ideas and launch investigations and oversight — even, potentially, impeachment of Biden.

Tuesday brought the first major national elections since the Jan. 6, 2021, attack on the Capitol, and emotions are raw. The violent assault on Speaker Nancy Pelosi’s husband has stunned many, and federal law enforcement warned of heightened threats nationwide. Biden’s party is labouring to hold on by the most tenuous of margins.

“We intend to win,” Pelosi said on the PBS “NewsHour,” insisting Democrats have “far superior candidates” and voters will turnout to support them.

“So I think you’ll be surprised this evening,” Pelosi said.

All 435 seats in the House and one-third of the Senate are being decided. If Republican newcomers help the party seize control of the House, and possibly the Senate, the outcome will pose new challenges for Congress’ ability to govern.

Divided government has historically offered the possibility of bipartisan deal-making, but the Republican candidates are campaigning instead on a platform to stop Democrats.

“I do think that this will end up being a period of government that is defined by conflict,” said Brendan Buck, a former top aide to the past two Republican speakers of the House.

Without a unified agenda of their own, the Republicans are running toward crises and confrontations as they promise to cut federal spending, refuse to raise the nation’s debt limit and balk at supporting Ukraine in the war with Russia. It all points to potential gridlock ahead.

House GOP leader Kevin McCarthy, who is in line to seize the speaker’s gavel from Pelosi next year if Democrats lose power, has recruited the most racially diverse class of House GOP candidates, with more women than ever. But it also has a new cadre of Trump loyalists, including election skeptics and deniers, some of whom were around the Capitol on Jan. 6.

Trump has endorsed nearly 200 House and Senate Republicans for the final ballots, even though they were not always the first choices of McCarthy and Senate Republican leader Mitch McConnell as they work to bolster their ranks. In an interview, the former president said he backed McCarthy for speaker, and he derided his old foe McConnell as a “lousy leader,” according to Fox News.

In a sign of the nation’s toxic political climate, Pelosi cancelled most public appearances in the final week of campaigning after an intruder broke into her family’s San Francisco home in the middle of the night, demanding “Where is Nancy” and bludgeoning her 82-year-old husband in the head with a hammer. Authorities have said it was an intentional attack.

As polls closed Tuesday evening on the East Coast, outcomes in some of the early races for Congress could begin to set the pace.

In the fight for the House, Virginia’s marquee race between Democratic Rep. Elaine Luria and Republican challenge Jen Kiggans, both Navy veterans, provides a snapshot. The two-term Democrat Luria, first elected in the 2018 backlash to Trump, rose as part of the committee investigating the Jan. 6 Capitol riot but is now at risk of defeat.

The Senate battleground is focused on four deeply contested states where razor-thin margins could determine outcomes — in Georgia, Arizona and Nevada, where Democratic incumbents are trying to hold on. In Pennsylvania, the race between Democrat John Fetterman and Republican Mehmet Oz for an open seat is considered key to party control.

One other Senate contest that will be closely watched is in New Hampshire, where Trump-styled Republican Don Bolduc is trying to oust Democratic Sen. Maggie Hassan in a race that could signal the former president’s viability with voters two years after he left office.

Vote counting could extend beyond Election Day in many states, and Georgia in particular could head to a Dec. 6 runoff if no candidate reaches the majority. Both parties have already filed legal challenges in some cases foreshadowing the court fights that may delay final results.

Republicans need a net gain of five seats in the House to achieve the 218-seat majority and a net gain of one to seize control of the Senate. The 50-50 Senate is now in Democratic hands because Vice President Kamala Harris can cast a tie-breaking vote, in what has been one of the longest stretches of a split Senate in modern times.

Inflation, abortion, crime and the future of democracy have all been at the forefront of campaigns as candidates strive to reach voters.

Democrats gained momentum over the abortion issue after the Supreme Court overturned the Roe v. Wade decision this summer, and they have been warning voters about MAGA conservatives, short for Trump’s “Make America Great Again” slogan.

But Republicans have focused voter attention on closer-to-home issues — inflation’s high prices and crime — as they tap into unease over the country’s direction.

House Democrats faced their own recruitment problems, a situation worsened by the slew of Democratic retirements as longtime lawmakers headed for the exits, some giving up their committee gavels rather than accepting a career in the minority party.

In one dramatic example of the difficult political environment for Democrats, the party’s House campaign chairman Rep. Sean Patrick Maloney is fighting for political survival against Republican state legislator Mike Lawler in New York’s Hudson Valley. He would be the first Democratic campaign chief to suffer defeat in two decades.

Outside groups have poured hundreds of millions of dollars, often to shore up untested candidates, to mixed results.

“I find it almost comical that Republicans and Democrats are talking about what they’re going to do in the new Congress,” said Rory Cooper, a former House Republican leadership aide. “Neither side is going to get anything done unless Joe Biden has one last bipartisan deal in him.” 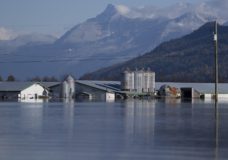 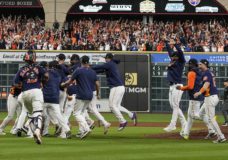 This year's World Series is 2nd-least watched on television