Whales are a common sight on the west coast and we know a lot about the resident orcas and transient killer whales that frequent our waters.

But researchers are giving us a glimpse of a little-known subset of killer whales that aren’t often seen in B.C. waters.

“We found 155 killer whales that were quite unique in that the fact they didn’t travel to the coastal waters as frequently,” says whale researcher and University of British Columbia masters student Josh McInnes, who led the study.

The ‘outer coast killer whales’, as they’re being called, are found in deep-sea habitats — primarily between Central California and Oregon, but 26 were identified in B.C. waters.

They were first identified in 2013 and are believed to be a subset of the marine mammal-eating transient or Bigg’s killer whales.

Prior to 2013, researchers thought the transients — which live between Southern California and Alaska — belonged to a single west coast population.

“It means we have a lot to learn,” McInnes says. “I think the open ocean is an incredible ecosystem and an incredibly difficult ecosystem to get out and study. The weather systems can be extreme and it’s expensive because you have to be on large ships to get out there, so a lot of these discoveries often take decades to find out.”

The study, done by the University of British Columbia, NOAA and Marine Life Studies, also made an exciting discovery.

“They could not be linked through association so we have no idea what they are,” McInnes says. “Many of them have these interesting scars on their saddle patches, and they’re actually the left over remnant scars from cookie-cutter sharks, a deep-water species.”

McInnes says that suggests the oceanic killer whales could have an offshore distribution and be a whole new killer whale type, backing up findings of other researchers about the shark-eating mammals.

Correction: A previous version of this report suggested the outer coast killer whales were first identified in McInnes’ report. In fact, the subset of killer whales has been known about for several years. 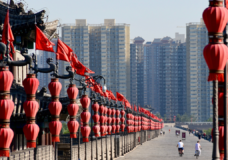 IMF gets briefing on probe into China rankings at World Bank 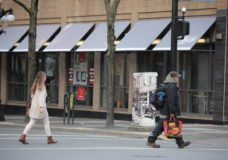 218 new COVID-19 cases reported in Island Health over the weekend, no deaths