November 27, 2019 updated
CHEK
WatchNow to a downtown Victoria block with a history of problems. Earlier this year, Island Health issued a public health warning after a large number of drug overdoses occurred In the 900 block of Pandora Avenue. A report going to city council Thursday outlines a number of measures to make the neighbourhood safer. Mary Griffin reports.

In the 900-block of Pandora Avenue there are obvious signs of homelessness, such as people sleeping on the street.

A new report out from Greater Victoria Coalition to End Homelessness reviewed issues on Pandora and is recommending a number of measures to try and improve conditions in the neighbourhood.

Grant McKenzie is the director of communications at Our Place Society and he supports the recommendations outlined in the Pandora Task Force report.

“I think anytime a group is trying to help the homeless and the people who are most vulnerable is a positive thing. Some of the suggestions I thought were really good,” McKenzie said.

The recommendations include a pilot project called “Victoria On Call” where workers who once lived on the street now help manage problems associated with a street population, such as overdoses, and breakdowns.

Jeff Bray with the Downtown Victoria Business Association said the report recognizes there is an impact on activities located in the 900 block of Pandora.  He says the idea of finding solutions that mitigate the impacts.

“Right now if you are in Mountain Equipment Co-op and somebody is having an issue, maybe a psychotic issue who do you call? Police. But is that really the response that’s needed? Opposed to somebody that’s trained, that can de-escalate, and direct them toward services,” Bray said.

Another suggestion is to install a water bottle refill station for clients of the needle exchange, Our Place, and the general community, and installing more public toilets to the 900-block of Pandora.

“If Our Place was open 24 hours a day maybe that would take care of some of the problems. It’s just beyond our funding at the moment,” McKenzie said.

Advocates for the homeless say this won’t solve the problem but even small steps forward are important.

“No one particular thing is going to make it all better but what there needs to be is a comprehensive approach,” Kelly Roth, the executive director of the Greater Victoria Coalition to End Homelessness, said.

And Mayor Lisa Helps agrees the focus is to help this area of the city.

“Everybody is working really hard to make sure that the people who are using that block because they have nowhere else to go get the support services they need. And are able to live with dignity. As well as making sure the businesses on that block have what they need,” Helps said.

The coalition will present the report to city council on Thursday. 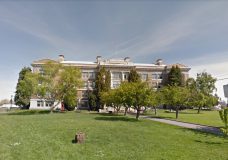 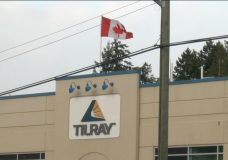 Workers may join union at cannabis producer Tilray in Nanaimo