Record-breaking heat on Vancouver Island expected to continue into Saturday

The heat that has already broken records on Vancouver Island will likely do it again this weekend, based on Environment Canada’s current forecast.

The weather station at the Victoria International Airport hit a high of 21.1 degrees Celsius on Wednesday, beating the previous April 14 heat record set way back in 1926.

Temperatures were forecast to get even hotter Thursday through Sunday, with an expected high of 22 on each of those days.

The seven-day forecast for Victoria is shown. (Environment Canada)

Other records were broken around B.C., including across the water in Sechelt, and Castellan said he expected more to fall in the coming days.

“What’s also impressive about this ridge and these higher temperatures over the next few days is we were also breaking records for cold temperatures set just two days ago,” he said. “We’re flipping that switch very quickly.”

That’s some cause for concern in places like the B.C. Interior, Castellan said, because rapid snowmelt can lead to hazards.

The record-breaking heat on Vancouver Island will likely lead to a crescendo on Saturday, with some clouds and possibly a “few drops” of rain coming into the picture on Monday. But Castellan said temperatures should rebound through next week.

“Not quite this warm, but certainly a very dry stretch,” he said. “We’re just at five to 15 per cent of normal precipitation for April, keeping in mind we’re only halfway through April, but we’re way behind.”

The meteorologist reminded people that as the UV index rises along with the heat, people should take precautions to make sure they don’t suffer from heat exhaustion, such as using sunscreen, limiting sun exposure and drinking plenty of water.

As the weather continues warming up and more people get outdoors, the province’s top doctor is reminding British Columbians of current gathering restrictions.

“We know that outside is lower risk, ” said Dr. Bonnie Henry on Thursday. “It’s not zero, but it is lower risk.”

Under the province’s COVID-19 restrictions, people can have a group of up to 10 outside. This means 10 people can gather at a park, beach or in a backyard, but it has to be the same group every time.

“Have that small group of people that you meet with, that you need to support you,” said Henry. “Meet them outside, keep your distance. If you’re going to be in close contact, wear masks, even if it’s outside.” 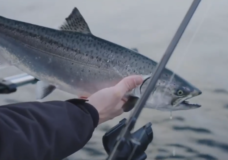 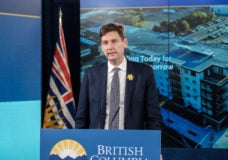 B.C. puts $2B toward low-interest loans for builders of affordable housing