January 29, 2021 updated
File Photo
Just off Dallas Road, a rare Indigenous Stone Pillar that is more than 100 years old was found by a passerby.

Just off what is now called Dallas Road, a long lost piece of Lekwungun history has emerged.

Back in July, Bernhard Spalteholz was taking a walk between Finlayson and Clover Points at a very low tide, when he found a stone that appeared to have a carving in it.

He reported it to the B.C. Museum and, after waiting almost a week for the tide to go back down, they were surprised. It was a Rare Lekwungun Ritual Stone Pillar that is more than 100 years old.

“We went and located it in the water and we figured originally that the two of us will carry it off the beach,” said Grant Keddie, archaeology curator at the Royal B.C. Museum.

“Well it weighs 240 pounds so it was a big struggle to get it off the beach…It’s a big piece of sandstone that has been heavily ground over and pointy at one end…it has this big bulbous face and its totally unlike anything we are familiar with.”

The museum determined the stone was used by the Lekwungen people in rituals more than a century ago.

“I have been writing in the past about these stories, where First Nations who are weather experts, ritualists, would go to these stones and talk to the stones,” said Keddie.

“[They] move the stones to change the weather. And everything around salmon was very important.”

“It’s a story and it’s a legacy that being left here for us to tell, and to continue to tell. Who they were, how they took care of this land.”

They are applauding Spalteholz for calling it in and not taking it, and urge anyone who may stumble upon a piece of their history to contact officials right away.

There have been more and more artifacts and fossils discovered along Dallas Road as the wastewater project entai;led a large amount of digging.

This paired with rough weather chipping away at the shoreline means more artifacts could continue to surface.

“Now I am just getting bombarded with every weird oddball thing people find on the beach,” said Keddie. But every once in a while, you get someone who finds a weird fossil or something else.”

When it’s safe, the Esquimalt and Songhees Nations are planning on bringing their elders to reunite with and decide where the piece will stay. 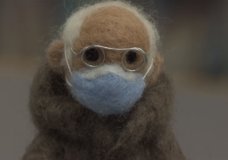 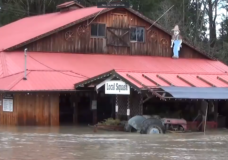 'I can't get it out of my mind': Victims of Cowichan flood mark one year anniversary