He’s made a trip to the moon, sat on the couch with the cast of friends and shared a bench with Forest Gump.

Now, Bernie Sanders and his mittens can be found in the James Bay Community School library.

Laurie Bayly is a school counsellor and teacher who often uses wool to craft felt creations with her students.

She’s been practicing the art for twenty years, and after the Bernie Mittens Meme went viral she received a special request from her friend.

“My friend Louise said you should felt Bernie,” said Bayly.

So felt Bernie she did.

The project took around eight hours and, after posting her Bernie mitten masterpiece online, the result gained quite the reaction.

“I’ve done something very ordinary and I think the real story is just how people are responding to that,” said Bayly.

People from all around the world were feeling the felted Bernie, so Bayly has decided to give her wool sculpted Sanders away through a random draw.

“It’s as cute as can be,” said Beth Dawson, a Canadian-born woman living in Switzerland who caught word of the ‘felt Bernie’ through a friend online.

“I have a good friend who’s from Australia who I work with here in Basil and she loves Bernie,” said Dawson, who hopes to win ‘felt Bernie’ for her friend.

Anyone can join the contest, but there is one condition.

“I just asked people to donate to a cause that’s supporting people who are really struggling right now,” said Bayly.

The felted aficionado is working on a second Bernie and plans to give that one away as well.

She’ll be doing the draw for felted Bernie this weekend on her Facebook Page. 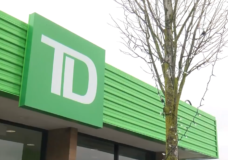 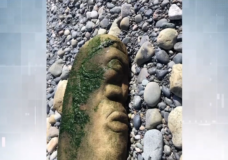