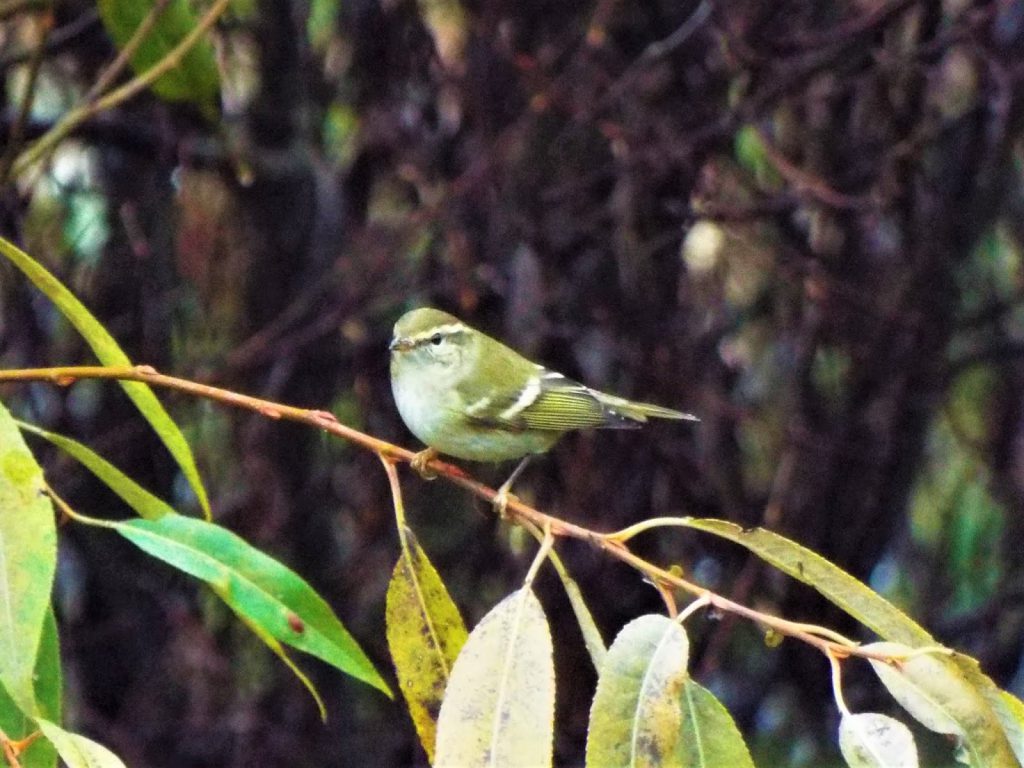 A yellow-browed warbler spotted in Panama Flats on Friday drew dozens of birding enthusiasts to Vancouver Island on Saturday.

The migratory bird is an extreme rarity in North America, and is native to temperate Asia with small numbers in Western Europe.

The bird was first spotted and photographed by Geoffrey Newell, an expert birder and enthusiast who says the sighting is a “mega-rarity.”

“I’ve been doing [birding] for 16 years,” says Newell, who added that when he returned to Panama Flats this morning around 8:30 a.m., over 70 people had already gathered to try to spot the warbler.

Melissa Hafting, who runs the blog BC Rare Bird Alert, also spotted the bird and says the sighting is a record for the birding books. “This is super super rare first for Canada and BC,” Hafting wrote in an email. “The first outside of the Bering Sea Islands of Alaska, and Mexico. Many people will fly from across the ABA (American Birding Association) for it.”