Rally planned as community steps up in Landen’s fight for $19,000 per dose coverage

WATCH: While the BC government may have denied six-year-old Landen coverage for the $19,000 per dose drug to treat his Systemic Juvenile Idiopathic Arthritis (JIA), his community is not taking it lying down and plans to make a statement. Luisa Alvarez reports.

Landen’s screams and pictures of his face red, with pain, has led to an outpouring of sympathy from many who have heard his story as he struggles with Juvenile Idiopathic Arthritis (JIA) and his mother’s desperate fight for coverage.

“It?s hard not to feel like it could be any one of our children,? said a friend of Jillian Lanthier Genny Barker.

But time and time again, six-year-old Landen Alexa has been denied coverage for canakinumab, a $19,000-per-dose drug that his mother believes could give him his childhood back.

CHEK News was able to confront Health Minister Adrian Dix about Landen’s case, and while he said he could not speak specifically about the case due to privacy reasons, he did comment.

“My heart goes out and everyone’s heart goes out to anybody that’s suffering and that’s why we have a physician-led process to deal with these issues,” said Dix. “And that’s what is happening in this case. It’s not the Minister of Health deciding how a patient should be treated because that doesn’t make sense we have a process.”

After following his story, the community of Sooke has decided it’s time for them to be heard. A rally in front of Premier John Horgan’s office in Langford is planned for Monday at 1 p.m.

“Jillian has been fighting on her own for a while and Jillian and Landen are part of our community and in the Sooke community we stand up for each other,” said Rally organizer Tanis Nielsen-Rhoads.

Nielsen-Rhoads says she chose Horgan’s office because he is their member of parliament and they want answers.

“We voted him in through the good and the bad and he needs to at least acknowledge this family, the letters need to stop,” added Nielsen-Rhoads.

“I think that speaks hugely about the community that is behind Jillian and Landen in this,” said Barker.

But the support doesn’t stop there. An online petition urging the government to approve canakinumab on a case-by-case basis has gained over 18,000 signatures.

A GFundMe page for Landen has also raised over $11,000 in just one month.

“I hope that the government and the powers that be that are making these decisions take into account that this is a child’s life and there shouldn’t be a price tag on it,” said Barker.

Premiere John Horgan has yet to respond directly on this matter, but after Monday’s rally, they hope that changes. 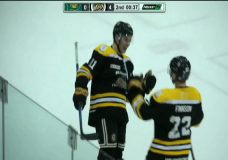 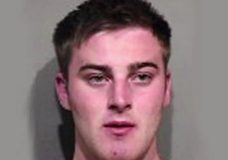