Rain, snow and wind warnings in effect for parts of Vancouver Island

It’s a mixed bag of weather for parts of Vancouver Island as Environment Canada issued warnings for rain, snow and wind Friday.

Snowfall and wind warnings are in effect for east Vancouver Island, where up to 10 centimetres of snow is expected over higher terrain from Courtenay to Campbell River, Duncan to Nanaimo and Nanoose Bay to Fanny Bay.

The snow is expected to fall Friday night through Saturday morning at elevations between 200 and 300 metres, Environment Canada said, but up to two centimetres could reach sea level due to heavy precipitation.

Snow will change to rain as warm air pushes in later Saturday.

As for wind, a warning is in effect from Courtenay to Campbell River and Nanoose Bay to Fanny Bay. Environment Canada says winds will reach speeds of up to 70 kilometres an hour, with gusts of up to 90 km/h Saturday  morning.
“Strong winds with falling snow is expected to cause local blowing snow with reduced visibilities over inland sections of the above-mentioned regions,” Environment Canada said in its warning. The winds are expected to ease mid-day Saturday.

A wind warning is also in effect for the North Island, where Environment Canada is estimating speeds of up to 90 km/h and gusts of up to 110 km/h.

Over on the west coast of Vancouver Island, a rainfall warning has been issued with up to 100 millimetres of rain in the forecast.

The rain will fall late Friday afternoon through Saturday afternoon and because the ground is already near saturation, Environment Canada warns that localized flooding is possible in low-lying areas.

Residents in all affected areas are encouraged to monitor alerts issued by Environment Canada, and can report severe weather to [email protected] or on Twitter using hashtag #BCStorm. 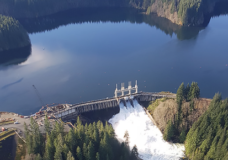 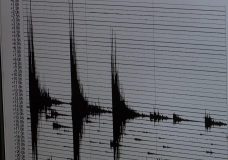