There were no reports of damage but many reports of shaking following a 3.5 magnitude earthquake that struck off the coast of Vancouver Island early Friday.

No damage was expected from the earthquake, but 99 people reported they felt shaking on Earthquakes Canada’s website.

Earthquake? Woke me up and rattled the windows. #yyj #earthquake 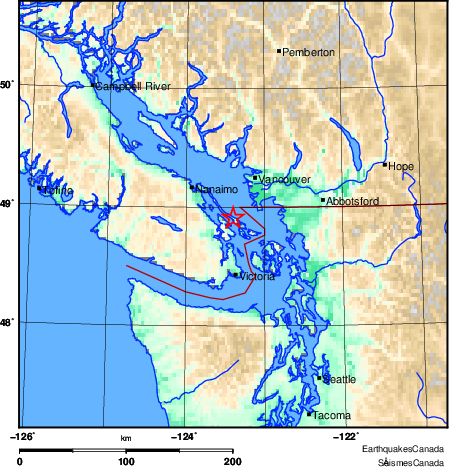 “For those of us who woke up this morning at 4:14 as I did, sometimes it can be challenging to think, ‘are we going to make it through this year?'”

The US Geological Survey reported the quake’s depth to be 17 kilometres below the surface.

Dr. Honn Kao, Seismologist, Pacific Geoscience Centre, said, however, it’s not an indicator of ‘The Big One.

“So technically speaking I do not think this earthquake is an indicator of the incoming big ones.”

CBC Radio host of On The Island and author of “On Borrowed Time” Gregor Craigie, said he was up but didn’t feel a thing this morning.

Craigie said this morning’s quake is a wake-up call and people should be concerned.

“Use that fear as a wake-up call. At least get yourself an emergency kit and maybe think about earthquake insurance. Make a plan with your neighbours, what you would do if the big one happened.”

Craigie says the Island’s vulnerable buildings are at risk in the event of a major earthquake and this is the time to prepare.

“We better hope that ‘The Big One’ is a long time coming and doesn’t hit us anytime soon.”

At Total Prepare, Zenia Patten said interest in earthquake supplies always spikes after an event and her advice is to keep a kit handy.

“What you should keep in your kit, you should cover all eight areas of preparedness. So that’s food, water, first aid, sanitation, heat, shelter, light and communication.”

The good news is that this quake is not seen as a precursor to a larger damaging one, but one that may leave the region time to get ready if it does. 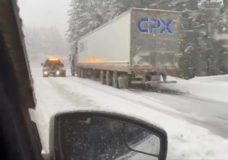